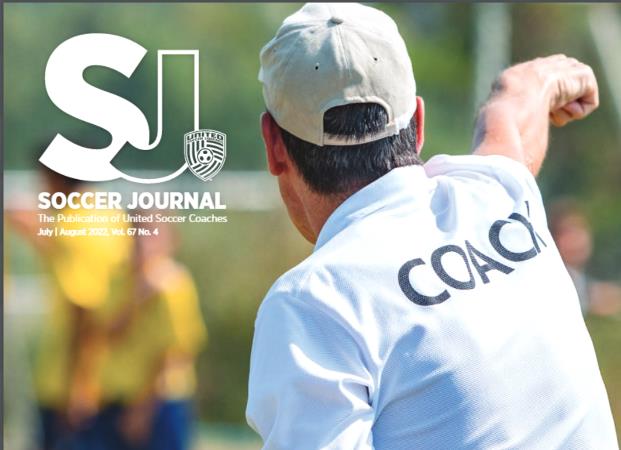 A massive group of people will occupy one side of the field instead of the handful of individuals found on the opposite side.  It will be difficult to tell if the larger groups’ presence is appreciated since no one will acknowledge them. The demeanor of the large group will seem highly unnatural for the setting because an eerie silence will envelop their side of the field.  Only their piercing stares focused on the smaller group of adults across the field will be noticeable.

The handful of individuals in the smaller group looks like a ‘cookie cutter’ ensemble from a distance.  Most will have a baseball cap on their head, a whistle around their neck, and a clipboard under their arm.  A name-brand company uniformly manufactures their shoes, socks, and sweat suits. Their cross-armed stance will be disrupted occasionally when they seem to be writing something on their clipboard.

Between these two distinct groups will be an enormous gathering of fidgety players on the field. One will quickly notice that the players are preparing to perform to benefit the smaller group of individuals with clipboards, not the gazing statuesque larger group. One will see an occasional nervous glimpse made toward the ‘big group’ by a few players.   Body language and facial expressions of the players will show signs of nervousness.  There will be no laughter, and there will be no smiles. Tension will seem to be the order of the day.

To the untrained eye, the setting will look very similar to the American football ‘Punt – Pass and Kick’ contest environment –only with soccer balls.  Players will be seen kicking stationary balls (for distance), dribbling through cones (for time), and shooting at targets placed inside the goal (for accuracy).   One individual will have a stopwatch for timing the short sprints. In contrast, another individual is in charge of timing the long-distance run.  Over in one corner of the field, there will likely be a 4 vs. 4 small-sided soccer game, but hardly anyone will show any interest in observing this particular activity L

This scene will soon be played on every soccer field across the country and is secretly referred to as ‘the Meat Market.’ Here is where local expert coaches will select the supposedly best talent to fill their team’s most pressing needs.  The event is called a try-out, and players are ‘graded’ and ‘labeled’ by the coaches.  The players are given such labels as competitive’ & recreational; elite & select; gold & silver, etc.

To this point in time, I have found it impossible to obtain the criteria by which these judges judge a player’s future potential.  The only benchmark that seems standard across this country is that the coach’s child is always good enough to make the roster.

Many adults (who, incidentally, do not work with younger players) say, “Try-outs and labeling are a necessary evil to judge and place talent on teams.” They indicate that players need to play at ‘their level’ to be challenged and continue their improvement.  Fair enough!

However, recent studies have shown that: “The first three years of a child’s life are critical for emotional and intellectual growth. During this time, brain patterns are formed that will affect every part of the child’s development.  How a child is cared for, stimulated, held, and communicated with will affect how they think, feel, and function in the world throughout life.”

Being aware of this startling information should lead us to conclude that: “The first three years of a child’s sports life are critical for emotional and intellectual growth.  During this time, brain patterns will form that will affect every part of the player’s development.  How a player is supervised, motivated, coached, and communicated with will have a lasting effect on how they think, feel and function in soccer throughout their playing career.”

If that is the case, it would be logical to assume that players picked to make ‘the team’ would love soccer and play the game for many, many years.  This is not happening.  Statistics show that players across the board drop out of the game in their teen years.  Currently, we lose 75% of our players between the ages of 10 -14.  With an alarming figure like that, one would think that frantic research would begin to find out what is wrong.  Yet, nothing is happening!  Instead, the problem is rationalized away with many excuses.  Topping the list of reasons is, ‘They have other interests, other sports,  besides our number of registered players is increasing each year dramatically — So, who cares?

We (fiduciaries) should care! Let’s stop with the excuses. Let’s stop this outrageous dropout rate. Let’s begin by stimulating brain patterns to positively affect the young player’s development.  As great supervisors, we must inspire our developing players to have confidence in themselves.  This inner motivation comes when adults do not label the individual.  As caring coaches, we must communicate with and enable each player to feel successful.  Success is not possible for those who are labeled or categorized before puberty.  Consider the I.O.C. ruling regarding gymnasts; i.e., No international competition before the age of sixteen.

Marcello Urbani sent a fitting conclusion to this article. He eloquently stated, “I opened my eyes to the reality that most people ignore:  Children under 12 years of age are abused by the arrogant structure of soccer in this country.  Soccer should be for our children’s enjoyment, not their exploitation.”

I love answering your questions. Do you have a question that you'd like answered on this blog? Ask me here
PrevPreviousTEN BASIC PRINCIPLES
NextTRYOUTS: LEARNING AND KEEPING A PERSPECTIVENext