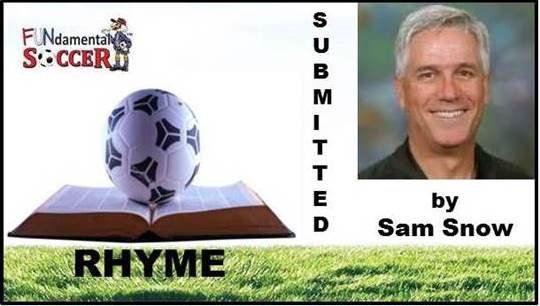 You donate your time for the good of our youth,
But you scream, and you yell and are often uncouth

Soccer is different, not like baseball at all.
We don’t need positions; just give them the ball.

The Ref is just twelve and still learning the game,
They first must learn skills; it’s the meat of the game.

But you call him a jerk and say he’s not sane.
If they can’t dribble or shoot, then who should we blame?

The parents are screaming and follow your lead,
As you sprint up the sideline at an uncontrollable speed.

Skill must be learned through repeated trials.
If motivation is present, you will see them run miles.

You jump as you yell, “Pass, pass the ball!”
You turn red as you bellow, Ref, make the damn call!”

Fun games are the answer to encourage repetition.
They laugh and scream and enjoy the competition.

“You’re the left-back now; get in your position,
If you don’t, we might lose and ruin our tradition!”

Without the skill to dribble past an opponent at will,
Your players will win, but their growth will standstill.

Positions are needed, so we look like a team,
Cause they’re miniature pros, or so it does seem.

I dream of the day when the parents just cheer
And losing the game doesn’t bring out a tear.

The back is bored; he picks at his nose,
While the others run wild and kick with their toes.

When practice is FUN, not dull, and so boring,
And playing the game means more than just scoring.

You scream for a goal, no matter how it goes in,

The skill doesn’t matter, just as long as we win!

I know you mean well, and you donate your time,

But bury your ego and try something sublime.

The parents go crazy as the ball nears the goal,

Their advice and instructions will soon take their toll.

Call all the parents and ask for their aid,
You’re teaching their kids and not getting paid.

You see, Junior feels pressure; he’s not having much FUN,
We tell him to pass when to shoot, and to run.

Your goal’s to develop a youngster with skill,
Not a team that must win or some fancy new drill!

He came here to play and to use his mind,
Cause soccer’s the most creative game that you’ll find.

Imagination is needed on the part of each child,
Solving problems on the field is what makes them go wild.

Scholarships are given to players with great names,
Not those on youth teams who never lost games.

A week of long practice, while just standing in line,
Waiting to shoot, using one ball at a time.

A pro player gets paid because his skills are really fine,
Not because his team never lost when he was just nine

This just doesn’t cut it; for some, it’s too late.
Make your practices FUN, don’t be the coach that they hate.

It’s time to bring soccer to new heights in this nation,
The future’s in players, not a coaching citation.

They come to “play” soccer, not to “work” at the game,
Their excitement is something we don’t want to tame.

Let’s say “dribble” and stop yelling “pass!”
You’ll then see our players go to the head of the class.

Maradona has moves that are beyond comprehension,
No coach taught those moves while threatening detention!

I hope you’re concerned but not really offended,
It’s the need for more skills that I have defended.

He learned from his friends and tried copying others,
While playing in games without coaches or mothers.

You’re giving your all, from the good of the heart,
Why not make sure the kids get the right start? 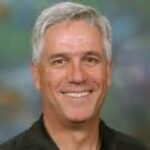