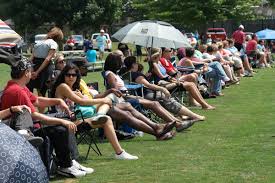 Let the Coaches Coach! Suppose you are telling your son or daughter – or any other player for that matter – to do something different from what the coach is asking them to do.  You may create confusion for the player.

Let the Kids Play! If they have been well-coached, they know what to do on the field.  If they make a mistake, chances are they will learn from it.  Players cannot perform tasks at the spur of the moment on the field if coaches/parents are yelling at them.

Make positive comments from the sideline.  Be encouraging.  Young athletes do not need to be reminded constantly about their perceived errors or mistakes.  Their coach will instruct them at the appropriate time during the game, halftime, or the next training session.

Do not discuss the play of specific players in front of other parents. How often do you hear specific comments such as, “I don’t know how that boy made the team…” or “she’s just not fast enough…” Too many parents act as though their child is a ‘star,’ and the problem is someone else’s kid.  Negative comments and attitudes are hurtful, totally unnecessary, and kill parent harmony, which is often essential to a team’s success.

Do not complain about your child’s coaches to other parents.  Once that starts, it will spread like a disease.  If you have what you believe is a legitimate gripe with a coach – either regarding tactics or playing time, make an appointment to meet privately away from the soccer field.

Avoid making negative comments about players on the other team.  Besides being tasteless and classless, these kinds of comments can be hurtful to the young person involved and their parents. Always speak about the positive qualities of a player, family, or coach.

Are there many times when calls are missed? Absolutely!  And that can, unfortunately, directly affect the outcome of the contest.  Those who officiate youth soccer games are hardly over-compensated and put forth an honest – and often competent –effort.  At worst, they at least try to be fair and objective.

Outbursts from coaches/parents on the sideline made toward the referees only signal to our children on the field that they can blame refs for anything that goes wrong.  Blaming others is not a formula for success in sports.

Walking up and down the sideline, following the play is unnerving to players and totally unnecessary, particularly if you are trying to yell out instructions to various players, including your child.  It is likely embarrassing to the players involved and simply counterproductive.  If you want to coach, obtain your certification and apply for the job!

We do not excuse athletes for doing inappropriate things in ‘the heat of the moment’ (there are penalties, suspensions, etc.), so we should apply similar standards to our own sideline behavior.  Quickly check yourself and ask, “Will I be proud of what I am about to say or do when I reflect on it tomorrow?”

Don’t harass the coach, an official, or a parent on the other team after the game is over.

Talk positively with your child. The ride home is sometimes as important as the game itself.  Make that time a good memory for your child by discussing as many positives about them, the coach, teammates, etc.

On top of our already large base of Special Kontributors, we also have Guest Kontributors. We thank all who have taken the time to kontribute to FUNdamentalSoccer.com!
PrevPreviousONE SIZE DOES NOT FIT ALL
NextTOPSOCCER’S HISTORYNext