It all started with an idea. Tommie Smith and Annette Schroeder, two college students, developed the concept for TOPSoccer while volunteering with the Special Olympics. They suggested that soccer should be provided for more than one month a year, and shortly thereafter, the Special Olympics met with US Youth Soccer to discuss a plan.

TOPSoccer was formally presented to the states at a seminar in 1990. Ray Thompsett and Peter Ellers ran the meeting in Denver with immense hopes of launching the idea. Later that year, Pennsylvania West and Wisconsin became the first two state associations to start TOPSoccer programs.

Peggy Neason, who started her involvement with the program as the initial East Region Chair, was also anointed the inaugural TOPSoccer National Chairman in 1992 and held the position for two years. Doug Gaddis, John Janasik, and Joe Nagel were the other Regional Chairs in the program’s first year. There have been seven National Chairs in the 28 years since Peggy held office, with the incumbent Dave Robinson starting his term in 2020.

In 1992, Pennsylvania West became the first state association to host an event related to the program, hosting the inaugural TOPSoccer Jamboree. One-day events such as these consist of an exciting day-long festival that features training, games, and entertainment for all involved.

Seeing the good that TOPSoccer had brought, US Youth Soccer and Adidas signed an agreement to provide additional funds for the program in 1998. TOPSoccer was afforded the opportunity to further showcase what the program could offer two years later when it garnered its first sponsorship with Uniroyal Tires.

In 2000, former Chairman Peggy Neason, along with James Kelly and Karl Dewazien, created a landmark moment for the program. They published the first known TOPSoccer coaching manual: Miles and Miles of Soccer Smiles, A Complete Guide to Starting and Coaching a Soccer Program for Special Needs Children.

Returning to its roots in Denver, TOPSoccer held its first National Symposium in 2001 — 11 years after the idea for the program was initially thought of. The US Soccer Federation provided grants to TOPSoccer in the late ‘90s to help them jumpstart the events on a regional and national level, and the USYS Board currently provides ongoing funding for annual Symposiums. This year, the East/South Region Symposium will take place in Newark, DE, while the West/Midwest Region Symposium will be held in Albuquerque, NM, from April 1-3.

US Youth Soccer currently has 51 of its 54 state associations with TOPSococer — a number that has continued to increase over the years due to all of the good brought by this program.

NOTE: If you are unable to find the information that you’re looking for about TOPSoccer on a state’s youth soccer association website, please feel free to contact any national committee member. 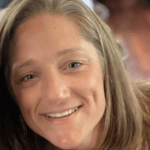