Then things escalate when the calls do not go in our favor — right, coaches? Initially and FUNdamentally, complaints are pleas for better officiating, right?

Well, there is finally some good news on how we can resolve some of these issues in a bi-partisan manner. That is, coaches and referees working together to make both immediate and long-term officiating improvements.

I recently heard from and conducted an interview with CYSA-certified coach and USSF Referee and Instructor Tommy O’Brien. Tommy is a pioneer in a successful coaching/referee outreach, which he developed with the assistance of Santa Clara Referee Coordinator Bob Sherman and former Referee Coordinator Casper Otten, that benefits everyone involved in the game. They are calling their program:

Here is the gist of what was recently accomplished:

• The Santa Clara Youth Soccer League Board of Directors unanimously approved and asked coaching coordinators to schedule “Scrimmage Games” for their U8 through U10 teams in a two-day jamboree before the start of the Fall ’09 season.

• The Referee Department’s mentors, in the meantime, were busy training mentors how to work with new- and semi-new-licensed referees.

• Twenty-five newly licensed referees were assigned to officiate as Assistant Referees in a minimum of two scrimmage games (league policy). They matched a mentor for each new AR in every game.

• Twelve second-year referees were assigned to be Center Referees with a mentor for each.

• Mentors in each case were able to give one-on-one guidance in the art of becoming a proficient Assistant Referee or Center Referee. The combination of “hands-on” customized coaching from mentors, coupled with new ARs learning and shouldering their responsibilities in real games produced remarkable improvement in a short amount of time. Across the board, the performance norm saw most of their learning curves go up, and stay up.

• All of the coaches, players and parents at the jamboree no longer needed to vent their frustrations because it was PRACTICE for everyone involved. The jamboree also gave every coach one last opportunity to see their players in competitive action, actually against some of the teams that they’d soon be playing against in the regular season…”

If “c’mon, ref!” is really a plea for improvement, then we — coaches and referees — need to work and practice together. So:

…Local Coaching Coordinators: schedule scrimmage games that can be used to train referees. For the purpose of learning their trade, scrimmage games are indeed priceless to new and semi-new referees!

…Developing Referees: ask to be assigned to Scrimmage Games to practice your new trade! 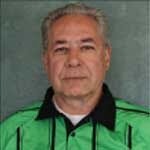 Tommy O’Brien (Author, “It’s Your Call!” & “7 Ways to Upgrade Entry Level Referee Training & Officiating”) has a 20 year career as a Referee, Instructor, Coach, and Internet Clinician. He created and managed the required “In the Game” Mentor-supervised training for newly licensed officials in Santa Clara, CA, which became the foundation of his website, SoccerRefereeMentors.com He saw that there was a need being overlooked by most Leagues: training for the Center Referee. His website aims to fill this void and provide resources for Leagues to create their own training programs, especially for Center Referee’s. Learn more about officiating the game at SoccerRefereeMentors.com.
PrevPreviousMy Tribute to Alan Maher
NextReferees Face a Tough RoadNext