Coaches – You Need a Weekly Plan 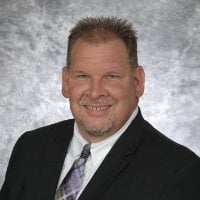 With the season finally going (initial seeding games), hopefully coaches that stepped up to coach these kids can start forming a plan of what they want to teach their players this season.

There are numerous challenges that a coach must face during a season of play. I want to point out two (2) different challenges that may seem obvious, but in the course of a game….they are easily OVERLOOKED.

The first challenge is completely on you as the coach. Besides the ‘Laws of the Game’ (17 laws), a League may create additional rules to better serve for competitive balance and civility to the Game. Coaches….please learn these ‘rules’ and employ them in your overall team plan for a game. The most obvious one relates to ‘Mercy Rules’. Most people (coaches and parents alike) see this rule as trying to ‘take away’ from the competitiveness of a team throughout a game. This is simply not the case. These rules are multifaceted… balance and ‘consideration’ for one’s opponent.

Coaches who don’t challenge their own team during the game (besides the obvious scoring and winning the game) are NOT developing players towards becoming overall well-rounded soccer players. Coaches need to create challenges for their team if there is a mismatch of opponents. Coaches can do many different things to ‘challenge’ their team as well as keeping in mind of the Playing Rules that they are participating in (Playing Leagues).

These rules are sometimes put in place due to the fact that coaches lose sight of the ‘big picture’ of development and civility. The rule saves them “from themselves”. Score manipulation is a coaches’ challenge every week, and there are many times coaches are not succeeding in this challenge. I have told teams many times before that they “may have won the game but they failed in the challenge for that game”.

This discussion will continue throughout the season because this is both a rule of play and a discussion for overall development of our youth soccer programs in this country.

The second ‘challenge’ shouldn’t be one but it is. Coaches need to coach parents into either understanding the rules of play for their children or the ‘easier’ thing may be…. STOP COACHING YOUR KID and let the coaches do it. Cheer for them, but stop telling the kids what to do during the game.

I observed a U-12 girls game this weekend, and I was standing next to a parent yelling at his 11 year old girl to ‘HEAD’ the ball into the goal when the ball was sent into the penalty area during a corner kick. This is a major problem, and I was glad to see the player adjusted to receive the ball properly and still score the goal. This dad was not aware of the “NO HEADING” rule for all players under the age of 13. The dad was irritated at his kid for not listening to him during the match because he wanted to see her do it HIS WAY. (Note…he is NOT a coach on the team)

Coaches; teach your kids and their parents the rules (free of personal bias of those rules). Make your coaching experiences be free from stress of situations occurring when both knowledge and following of those rules are the standard.

“Kids play for today, but Coaches teach for tomorrow…” The kids understand this…coaches and parents need to think this way make the Game better for all.