According to B.M. Cashman, Athletic Director, Perry A. Novaks’ recent article on fundamentalsoccer.com,  “My Son, the Criminal,” is “outstanding stuff-well written, the whole nine if you’re a parent-even if your son(s)/daughter(s) do not play soccer-it’s a must-read. Share-share-share!”

Many more affirmative responses were received in the days following the release of the article that I feel need to be shared. Here are two of them by world-renowned soccer coaches…

WE NEED A SOCCER REVOLUTION

Another reason why we need 600,000 Futsal courts in the USA so kids can play king/Queen of the court, 24/7/365 for free, and especially with no adult interference.

Street-ball is freedom. We don’t have street ball in the USA, but Futsal could become our street-ball version and give our kids the freedom to express themselves. Soccer in the USA is all about buying and selling minutia. We are making robots not creative, innovative, spectacular players.

We need a soccer revolution in the USA, and Futsal is that REVOLUTION! 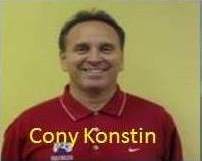 IN EVERY PART OF THE CITY

In general, in former days, kids learned to play football (soccer) by themselves, on the street, on small fields, on the beaches, even in the cellar…No coaches involved, no parents, just boys versus boys. (Not many girls in those days)

It helped the kids of all ages between 6 and 12 years going to school to play wherever they want and whenever you want before school time, during the break at school, and after school time. They organized themselves and made their own rules. They often copied the stars and want to be one of these stars by name. I think that all over the world, this helped to develop great players like Pelé, Ronaldo, Cruyff, Platini, Beckenbauer, Rossi, and also Messi.

With this in mind, we should offer the kids from 4 to 12 or, let’s say, from 6 to 14 an environment where they can play without restrictions. We offer them the possibility to discover their talent, creativity and become players with their identity. The base has always been simple rules, few restrictions, no dictates, and room to be creative.

With all of these developing facts in mind, we should always be a ‘guide’ and never a dictator as coaches of kids in these age groups. Yelling, screaming, abusing kids, etc., should never be part of your coaching style. Instead, a helping hand is the only way to keep the kids interested in the game. Create circumstances where the kid is challenged to find solutions to become a better player. Let him dribble, let him go one vs. one, one vs. two, etc.

Exercises with passing, dribbling, finishing, etc., should, of course, also be part of your training program. As already mentioned, I want the coach to copy street football or beach football, and that is (or was) played every day, for hours and hours. 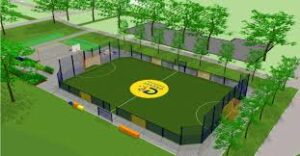 With this in mind, 2 training sessions at the club or school of one hour is a minimum of training time. In Holland, we have created in every part of the city an artificial ‘Cruyff Court’ of 42m x 28m where the kids of all ages come together to play football or have other sport or social activities (see wikipedia.org) daily before or after school time or during school holidays.

A Cruyff Court is a small football field with a surface made of artificial grass; that is expressly intended as a neighborhood facility.

Finally, remember, as a coach, you are on the sideline, not in the center!

On top of our already large base of Special Kontributors, we also have Guest Kontributors. We thank all who have taken the time to kontribute to FUNdamentalSoccer.com!
PrevPreviousMy Poor Son
NextWays to Fine-Tune Refereeing SkillsNext