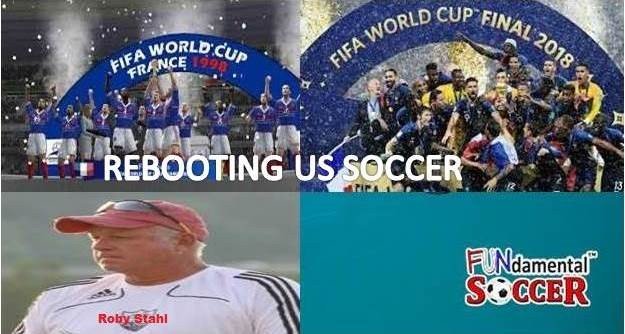 I want to ‘Thank’ the hundreds of people, who responded to my introductory article, “US Soccer Needs to Reboot.” Your positive comments were quite refreshing and thought-provoking. It is evident that you realize, ‘WE Are All In This Together!’

My interview with Ami Jacquet was shared with US Soccer 20 years ago on how the French Federation successfully orchestrated the rebirth of its football [Soccer] program. France’s “Emphasis, Philosophy, and Principles of Training” have not changed since then, and their World Cup results speak for themselves!

Emphasis is on Youth Development:

The absolute number one requirement in France is good technique. The players must spend two hours a day, five days a week, on their skills. They must have the skills to play quickly and creatively.

Ball mastery is stressed, this being the ability to “pass and control.” French coaches also look for players with personality, players who think of their teammates, and who have team and fighting spirit. One game a week is played with their club team. Physical play is not stressed as the players are maturing at different rates. They have very specific requirements that each club must adhere to regarding the education of their players:

The federation has a calendar and program for each coach in each region to follow, ensuring continuity throughout the year. Once a year, all the coaches in the country are brought together to look at last year’s program and make recommendations for the following year’s work method.

The regions mentioned above must not be so significant that the players cannot regularly see and spend time with their families, friends, and club teammates. For example, here in the US, having Region 2 players living and training in California would not suffice. When the players are training, nothing is scheduled before 4:00 PM due to school.

… this part of the interview, and look for part two (2), which in my opinion, has more information that can help revitalize/reboot US Soccer. 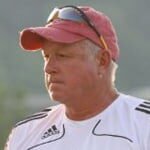 Roby Stahl is the Emeritus State Director of Coaching for the Ohio South Youth Soccer Association. He attained the following prestigious coaching credentials: United States Soccer Federation (USSF) “A” License; National Soccer Coaches Association of America (NSCAA) Advanced National Diploma; Swedish Elite License; Brazilian Elite License; and Canadian “B” License. He has played and coached professionally overseas and in the United States. He has been involved at the National Level within the U, S. at numerous levels. Some of Roby’s former players include Michelle Akers, Julie Foudy, Kristin Lilly of the US Women’s National Team, and many other players now playing overseas or within the MLS. Roby is one of the most experienced coaches in the United States, bringing an Elite approach to coaching our youth & A kontributor to FUNdamental SOCCER for decades!
PrevPreviousUS Soccer Needs to Reset
NextREVEALING WORLD CHAMPIONS METHODSNext