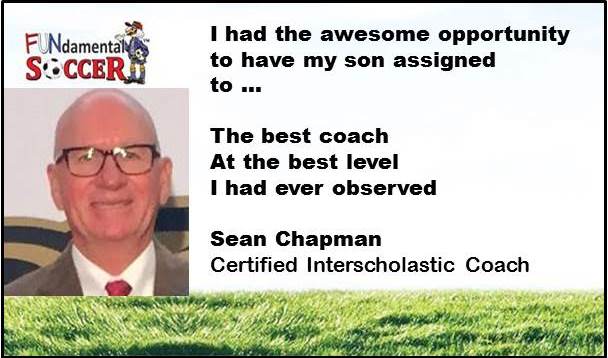 “Traits of a Model Coach”

The dictionary defines the word “trait” in a person as “Something about a person that impacts how they tend to think, feel and behave on an ongoing basis.”

I had the awesome opportunity to have my son assigned to the best coach at the best level I had ever observed.  A recreational U6 Youth coach with the perfect set of traits to teach fun, play, & soccer that turned out to be the finest coaching education I have had the honor of witnessing at any level since.  This coach possessed traits, characteristics, & philosophies; intuitive to him that I incorporate to this day.

Jason, a young Father, who admitted that he knew nothing about soccer, but volunteered to lead his son’s team, was thrilled to see that he had a soccer player Dad (me), in his parent group.  Jason, nervous re his lack of knowledge about soccer technique, tactical, or strategic play, asked me to jump in and show everyone what to do.  I stepped back and told Jason to go ahead and start practice, and I would help where I could.  I quickly learned that Jason didn’t need any help at all.  I soon became a student.

It became apparent immediately that Jason had total control of the U6 players.  He possessed the traits and characteristics of an adult that understood children.  His warm-up incorporated every player on a ball moving around the shared park, light stretching, and very little coach talking.  He learned each player’s name while they kept moving.  He then called a quick water break, broke the squad into two teams, set two goals, and started a scrimmage (6 V 6); he introduced more than one ball for this scrimmage. The first time I saw that the players were having fun, all busy, attacking and defending all over the small pitch, the players were laughing.  After a little of this, another water break, Jason added two more goals on each side, another new scrimmage idea I had never seen at that time; today very common.  As the first practice neared 30 minutes or so, Jason taught the players an easy game of soccer tag, which again involved all the players simultaneously; this evolved into a cool-down.  The practice was over, and the players were more energized than any other players I had ever seen; they didn’t want to stop.  My son loved it.

After that first session, my son was ecstatic; it was all he could talk about.  It was so much fun; he kept repeating, “he could hardly wait for the next practice.”

I became an astute silent observer at Jason’s practices, eager to see what new fun game he would teach, watching his interaction with the players.  This was when coaches weren’t required to have licenses. In fact, the CYSA was becoming more organized at that time, and it would be several more years before the licensing curriculum would be developed and refined.  As I began the licensing process in later years, most coaches were focused solely on the technical/tactical side, and fun wasn’t addressed too much, particularly at the USSF National Level.  I used to think how interesting it would be to have Jason teach at these clinics to introduce his fun, interactive traits.

During games, the children continued to have fun.  Substitutions were very frequent and fair; Jason showed disinterest in the score, much to the dismay of some of the parents.  However, the children did very well through the practices due to their natural “ball-centric” focus.  They all attacked and defended because that’s what they did in practice: a little bunch ball here and there, but nothing like what was seen with the other teams.  The short halftime was all positive. Again very little talking by Jason.  When the game was over, the players had a quick positive chat, every player mentioned in a positive way, then gathered up by the families to leave.  I was impressed with the time management.

This introduction to soccer by Coach Jason helped instill a love of the game that laid the foundation for his continued involvement in the sport. Our son played every year during his youth, progressing to higher level comp teams, all four years in high school and eventually collegiately for two different colleges.  In later years, when asked by people how he stayed with youth sports and soccer specifically, he said it was because it was fun.

As the years went by, our family often thought of Jason and whether or not he was still coaching. We looked for him when our teams played in his area but to no avail.  We missed his simple, intuitive “player” focused approach.

I was reminded of Jason’s player-centric approach in my coaching career, which included the highest level of competitive soccer at the youth, high school, and collegiate levels.  I was reminded of Jason’s traits when I was lucky enough to assistant coach high-level coaches who had the same characteristics. I recently completed my third season with a professional Indoor Football Team (Bay Area Panthers) whose Head Coach (Kurt Bryan) embodied the “people first, players second” perspective.  Coach Bryan had recruited me (a soccer coach) to bring soccer conditioning features to professional American football, another unique move.

In some recent soccer coaching literature, this discussion highlighted keeping players enthused and connected.  In his book The Soccer Coaches Blueprint, Jason Carney (DOC at Portland FC) calls attention to the trend of coaches becoming computer coaches, “focused on analysis, data, and production values.”  Carney recognizes a need for this; however, he points out, “it is always the ‘relationship coach’ who will get the best from players.”  Carney identifies that “the danger for coaches is that their status, power, and authority lead them to believe that it’s all about them.”

As a family, we were fortunate to have Coach Jason as our son’s coach for three more seasons.  That was three more seasons of fun, great soccer, and great relationships.  It was the perfect beginning of youth sports and soccer for a U6 player.  This experience established our son’s expectation that soccer would be fun and a positive experience.

Jason was at least 15 minutes early to every practice, and the area was entirely set up (simple, quick layout).

“Relax and enjoy watching your players play the game…!”…Karl Dewazien 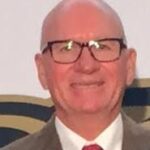 Sean J. Chapman FIFA Medical Diploma -Sideline Care; United States Soccer Federation National License (USSF); Certified Interscholastic Coach, Level 3 National Credential and a Kontributor to FUNdamental SOCCER for decades. Coach Chapman has been a fixture of the San Francisco Bay Area athletic scene for many years. Chapman retired from the Livermore-Pleasanton Fire Department after working for over 32 years as a Fire Captain. Coach Chapman continues in his third year with the Bay Area Panthers. He is assuming the role of Health and Safety Administrator as the team moves from the Oakland Coliseum Arena to the San Jose SAP Center “The Shark Tank.”
PrevPreviousReferee of the Year – COMMENTARY
NextTraits Learned From Coach Jason…Next