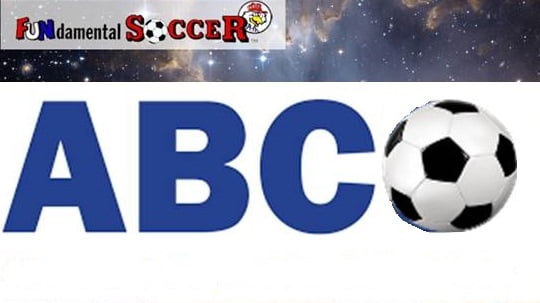 How many times during a soccer game, even at high levels, do we see players that still have problems in handling the ball? It’s not something really evident but, if you have a minimum of soccer experience, you’ll see that they don’t do the right thing that that situation could have permitted.

To make a comparison, pay attention to this. When you look at a painting, a portrait, even a good one, look for this particular: the hands! If in the painting, the hands are hidden by some object, like books, fruits, pieces of fabric or are behind the head or the shoulder of the person portrayed, there are only 2 explanations:
• The price for the portrait was too low, so the artist tried to save time or,
• The most probable, HE OR SHE DIDN’T KNOW HOW DRAW THE HANDS!

The second is the most probable! To draw and paint an entire figure, if you study a little, is ‘relatively’ easy, but to learn to draw hands (and naked feet) takes years of studying, supposing you’re able to learn how to do it at all!

So, coming back to soccer, some players have holes in their soccer repertoire and try to hide ‘hands and feet’!
A great quotation says: An error doesn’t become a mistake until we refuse to correct it. This is the mistake. Trying to hide the possible errors by avoiding situations that could provoke them, instead of trying to fix them by getting better! When we where kids, if we were lucky, our parents sent us to elementary and high school. If the luck continued, we where sent to college and to universities.

In the first year of school, even in pre-school, we learned the a, b, c‘s. These are the ‘bricks’ with which we build words. With the passing of the years, we learn to put words in sequence, to create sentences that make sense. With more time, we were able to put together a sequence of sentences, and go forever, expressing concepts.

At this point, we were able to read and write but…………………………… this doesn’t mean that we are writers! We just write and read correctly. If we have the gift of writing (and practicing that!) in a way that can make people read all night our writhing, unable to go to sleep, we can consider the possibility of becoming a writer, otherwise, we just……………………………… write! I said, when we were kids, if we were lucky………

For some it’s a shocking situation. For others it’s the starting point in which they realize that it’s time to learn how to read and write. There is nothing to be embarrassed about. After work hours, they find a course that teaches how to write and read, and a new universe will be there waiting for them!
So, they go back to the beginning. If you haven’t understood yet, where I’m going with this and you haven’t yet transferred this concept to soccer, sorry, but you are without hope!

Some soccer players are very powerful physically, great fitness, they never give up but, sometimes, their feet seem to be made of marble and the ball, after a trap or an attempt of control, goes a couple yards away to the foot of an opponent. Some crosses are to long or to short, or strait to the hands of the keepers. To many times the shoots from the border of the big box, are over the cross bar. After having won the ball back, it’s sent forward without any meaning and even with the head, the ball is never sent correctly to a team mate.
These players, have missed the first ‘classes’ of their learning or have arrived to soccer late in life and are ashamed to go back to the a, b, c‘s. There is nothing to be ashamed of because it’s not their fault. And, please, don’t misunderstand me. This is not a way to find new soccer students!

Just put yourself in front of a wall, and:
• kick the ball back and fourth, on the ground, both feet, one touch.
• In kicking, try to make an angle of 45 degrees and move side to side so, you’ll pass in diagonal. Put a couple of cones (1 foot between them) close to the wall so, you send the ball back in the middle of them.
• Try a volley and keep the ball suspended back an fourth from the wall.
• Send it harder and higher, control with the thigh, move it to the other leg and send it back to the wall. Repeat on the opposite side.
• Send the ball higher, control with the chest sending to the side, kick it back in diagonal, and sprint to the other side, control with the chest, send it back. Repeat!
• With the head, send the ball to the wall and continue back and forth.
• Mix all together, make it real and never, ever, let the ball go to the ground!
• Make a square target on the wall with visible tape. Go back 20 yards and shoot in the square, possibly not from in front so, the ball will come back in diagonal. Sprint, control, shoot back to the square, repeat on the other side.
• Make a square on the wall, as high as you can. Cross to the square, run forward and try to control the ball as fast as possible. When the ball is on the ground in control, turn, go far away, cross again and sprint forward. You’ll learn how to judge the correct distance form the ball and not be caught by surprise anymore.
• Do this for 20/30 minutes a day and you’ll see unbelievable improvements.

So, don’t be ashamed to go back to the a, b, c‘s, with the best teammate in the world. THE WALL!
He is a great soccer friend. He will always pass back perfectly, constantly right and, like every great friend, he will ALWAYS BE THERE when you need him.

Let us have some fun in ‘reading’ what you ‘write’ on the grass with your feet!

Coach Gianni Mininni is the author of "The Team", a Soccer Novel. The novel is for people of all ages, even if they are not strictly soccer lovers. Players and coaches will find dozens of situations and suggestions that will permit them to improve their soccer knowledge and consequently, perform better at any age. Learn more about Coach Gianni Mininni at The Coach Gianni Soccer Academy.
PrevPreviousKeeping the Players’ Attention
NextCoaching During the GameNext