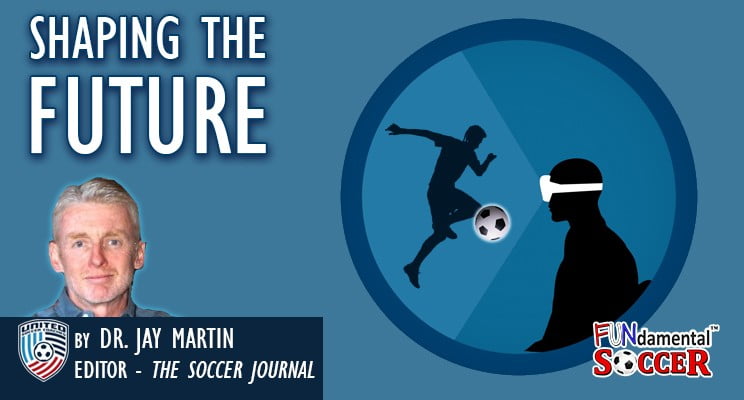 We established in Perspective Check (Part 1) that the very nature of our soccer culture produces more losers than winners.  Let’s reverse this trend by understanding…

There are two ways we eliminate youth soccer players. The first is cutting players. Cutting includes either cutting the player from the sport totally or cutting the player from a “travel” team. Both suggest to the player that he or she is not good enough to play the game. This can cause a sense of rejection and questionable self-worth. It is true that, as players grow older and try to play the game at a higher level, the cutting may be justified and even necessary. But there is no reason to cut a player from a youth team. We cut a player from a youth team because the emphasis is on winning, and the coach believes that player will not help the team win.

The second way we eliminate youth players is far more subtle. This is very serious because the coach often does not understand what is happening. This type of elimination takes place when children quit the game. It is important for the youth coach to understand how and why youth players quit. Dr. Tom Turner, Director of Coaching and Player Development for Ohio Youth Soccer Association-North, says the research is clear. Seventy percent of children quit sports by age 13 because:

•           Adults are too critical of their mistakes and self-expression (creativity)

When any of the above happens to young soccer players, they quit and are eliminated from playing the sport. How many “late bloomers” have been forced out of soccer because they were not having fun? How many potential national pool players quit the game because adults wanted to win? We never really will know, but we do know that young boys and girls are quitting the game.

What can be done about this problem? The following suggestions are not new or revolutionary. Many of you have heard some form of these for years, but for the new coaches who are fighting hard to make sure their U-11 team cracks the Top 10, here is some advice that is supported by research:

•           Be sensitive to the reasons kids quit playing soccer. Pay attention to what the kids are saying.

We know all this. It’s time to put the words into action.

I think the big thing missing from both parts is the amount of pressure the parents put on the child!

How can you develop a child when their parents are telling them they should only play front in attack?

Or their parent pulls them from a team because the coach has identified that they are good playing up front but are lacking in the defensive side of the game so play them in both the defensive role and in goal!

I run an Under 9s team (7v7), and my biggest problems with developing the kids are the parents! 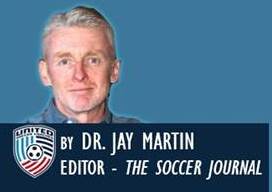 Dr. Jay Martin is a professor in Ohio Wesleyan's physical education department and served as the Battling Bishops' athletics director from 1985-2004. During his 19 years as athletics director, Ohio Wesleyan intercollegiate athletics enjoyed unprecedented success. Ohio Wesleyan won a conference-record 6 consecutive NCAC all-sports championships from 1988-94. More recently, the Battling Bishops finished in the top 25 of the NACDA Directors Cup NCAA Division III standings in 6 of the last 8 academic years under Martin's leadership. Prior to joining the Ohio Wesleyan faculty, Martin served as a 2-sport assistant at The Ohio State University, from which he received both M.A. and Ph.D. degrees. Earlier, he was director of sport at the Munich, Germany, YMCA, coaching soccer, volleyball, basketball and lacrosse; and athletics director at the American International School at Dusseldorf. Learn more about Dr. Jay Martin at Super Soccer Camp at Ohio Wesleyan University.
PrevPreviousPERSPECTIVE CHECK (Part 1)
NextLET THE DEBATES BEGINNext