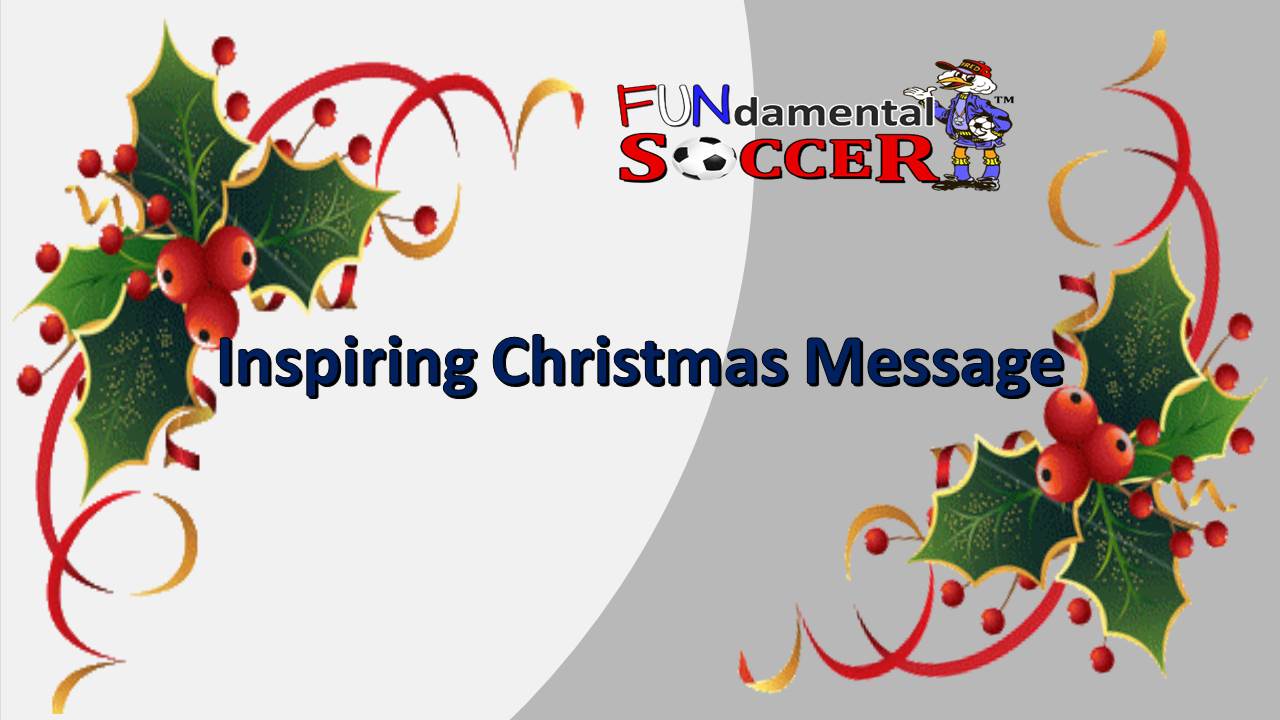 A few years ago, a semi-big-time soccer coach came to our area to enlighten our coaches about the correct way to teach youngsters to play winning soccer. The session went well; the coach presented ideas and demonstrated a few games and exercises many of us hadn’t seen before. It was a worthwhile afternoon.

Before he left, he held a question-and-answer session, allowing us to pick his brain and further benefit from his vast pool of knowledge. One coach asked the expert about his relationships with his players and how he deals with them. The expert coach said that the relationships didn’t matter, and I am paraphrasing. He was a paid coach, and he was hired to get his teams, youth club teams, and a college team, to win, and that’s all that mattered.

He was almost proud of the fact that he didn’t get Christmas cards or letters of thanks from former players and that he never sent them himself. Didn’t care if the players loved him or hated him; he was there to do a job, and the job was to win—Kind of made sense. Coaches have to decide who makes and doesn’t make the team, who plays and who doesn’t, and if you do play, where you play, and for how long. A close relationship with a player could only interfere with the ultimate goal.

At the time, I half agreed with the guy. It’s hard to get close to a teenager or young adult, boy or girl, and later make an unpopular decision and affects that same person. I’ve been in that situation many times myself. I didn’t think about his advice after his visit, but now and then, I’ve thought about what he said and how it fits into my philosophy or style of coaching and teaching.

When I think back to the expert’s visit, I always conclude that while he might have been a nice man who knew his X’s and O’s, he had a lot to learn about coaching. The relationships do matter. I think they’re the things that matter most.

I’ve been involved in soccer since the mid-’70s. I played on a really bad team in college and have coached since. I’ve coached all ages – college to high school to my sons’ teams throughout their rec league days. I don’t remember the scores of games, the goals I scored (you’d think I’d remember that game), or the records of most of the teams I’ve been associated with.

But I remember the bus rides. The restaurants we ate at, the jokes we told. I remember my second (of three) college coach, who told me how average I was as a player but that I could be a pretty good coach someday. I remember the night the bus ran out of gas in the middle of the desert, and we sang and joked and what could have been a disaster became one of the most fun nights in a bunch of kids’ lives. Trips overseas, watching World Cup’98 on TV while in Italy and Holland, and seeing the disappointment on my players’ faces as the Dutch team they adored lost one step before the final.

I forget about the games quickly, but I remember the practices vividly. I am always amazed at how, after being so mentally and physically drained from a long day of teaching math to a crazy bunch of 13-year-olds, I get instantly recharged when I put on a pair of cleats and run around with my high school guys. And how a scheduled ninety-minute practice turns into two hours or more because no one wants to leave, least of all me.

I get to write letters telling colleges, employers, and anyone else who wants to know how intelligent, mature and capable my players are and how lucky they’d be to allow them to attend their school or earn from them a paycheck. I have had the good fortune to attend former players’ weddings, meet their children, and see my ex-players become doctors, dentists, teachers, and all-around wonderful adults.

I thought about the expert’s advice when I attended RJ Simcoe’s funeral service. RJ played high school soccer for me in the 2000 season on a team that was not expected to do much but finished first in the high school league. It was the first time I had attended such a service for a former player.

RJ was the kind of kid you couldn’t help but like. Not the fastest, strongest, or most skilled, but the best teammate a player could have. RJ loved playing soccer, and he loved being a teammate – I think he played harder than everyone else because he never wanted to let anyone down. While some kids are hot and cold in terms of consistency, RJ was a given.

RJ played soccer at a frenetic pace. He played in the middle of the field, and he was our ball winner. No one worked harder, and no one had a dirtier uniform after the game. RJ’s name never got into the papers, but he was the reason other kids’ names did. I don’t believe any team can be successful without an RJ on their team.

I remember one day, sitting on the bench during a game, a couple of his teammates were making fun of how RJ always seemed to be in the air or on the ground and rarely on his feet. Yet he always came away with the ball. The players were kind of making fun of RJ. My response was a simple one – “if you guys played like him, you wouldn’t be sitting here talking to me.” RJ cared. He always gave 100%

We always have a team banquet at the end of our seasons, and I always say a few words about each player. I tried to remember what I said about RJ, but it’s been too long since that night. I hope I told him how much I appreciated his dedication, work ethic, and especially how he cared about his teammates. I hope he knew how a big part of our success he was. If I didn’t say it then, I should have. I hope his memories of being a part of that team brought smiles to his face. He always did that to me.

I saw many of RJ’s teammates at his service last week. I got caught up on their jobs, how they liked college and how their families were doing. We talked a bit about soccer but not much. I told them how much I’d missed them and how I’d hoped they’d come up to the school this fall for a visit. I was glad to see them (except for the circumstances), and I’d like to think they were happy to see me. If I can find their addresses, they’ll be receiving Christmas Cards this year.

If we’re supposed to believe that winning’s the only thing that matters, as our expert friend told us way back when then I think he’s wrong. The first places and trophies are nice, and I want my teams to continue to try to win as many of those as we can. But if I were forced to make a choice, I’d rather win fewer games to win a few more friends. I’ll take the memories.

As for anyone who agrees with the expert, here’s some advice from a different expert. My Mom, who, when forced to deal with my tears or crummy attitude after a loss, always gave me the same advice…

On top of our already large base of Special Kontributors, we also have Guest Kontributors. We thank all who have taken the time to kontribute to FUNdamentalSoccer.com!
PrevPreviousFor Players – To Make a Commitment
NextResolutions Aren’t Just for the New Year.Next