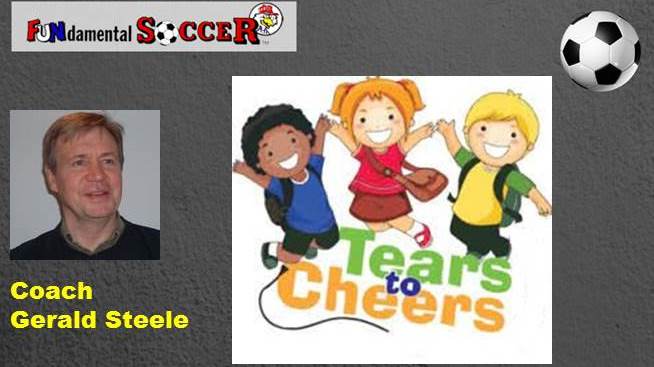 From Tears to Cheers

It hadn’t been the best 24 hour period for my very young team.On the Friday evening they played an older team. My charges had been well and truly clobbered. Sadness and even a few tears were evident among my young boys.Next morning they had two early games in their first ‘real’ tournament. By noon much damage had been inflicted on my wee lads. They had come up against teams which looked experienced in tournament play, whose kids seemed, on average, much bigger and, clearly, had trained together much more often. More tears were shed, more fears were expressed.I could see reasons for our defeats; age, experience, size, familiarity, luck of the bounce, competent but unyielding refereeing. Nevertheless, I felt down, very down. I felt for my boys. They had been, so full of optimism and hope and delightful excitement. I felt for the parents. Sitting on the sidelines, showing exemplary behaviour, but, I’m sure, dying just a little as their treasured little ones let in a procession of goals of various level of merit.I was very sad. Then, something wonderful happened. Our third game was pending. We, my not so merry band and their by-now morose leader, went to our assigned players’ bench. A shade tent was installed there. It straddled the bench. It belonged to a competing team. Present was a parent and a couple of players from that team. Could they leave the tent in place the mother asked? It was a blistering hot day. The sun was relentless. We, of course, chorused, “Yes!”. I saw the practical advantage of the shade. My boys seemed to perceive something more than the mere practical.  For them it seemed a bit ‘glam’. “Wow, our very own tent.” Kinda just like the big boys. Kinda just like those other teams that had been whomping us.There was even on of those accordion-like collapsing players’ benches. My lads started fooling around with it, adopting a proprietarily air towards this exotic piece of furniture. The strict, old coach soon put paid to that tomfoolery.The parent with the two boys was still hanging around.
I asked one of her boys “What’s your name?”
“Mark.”
“What’s your family name? Myword?”.
“Huh!”
The boy didn’t get it but his mother did. Some other funny remarks were exchanged.The atmosphere was changing. Good things were happening. We were all laughing. It was fun!The game started. As before, the opponents started pouring in the goals but it was different. Our boys had been uplifted. By a silly tent? Wrestling with a collapsible bench? By a few tired old jokes? By the mother, who before she left us, remarked that we were a great, fun bunch and that she would be rooting for our lads.My lads were cheering on their team mates. They were chanting. They were sitting on the bench. I had been asking them with increasing frustration to do so all day and the previous evening. They were watching the game. They were commenting on the game. Where there had been tears and frustration earlier there was now laughter and fun.

We lost the game, handily, but we had kept up our spirits and as we held the opponents off in the 2nd half, conceding no goals we, even claimed a moral victory of sorts. This was, in large measure, due to a great effort from our 2nd half goalie.  That same goalie had wanted to abandon his position earlier in the day when he had given up a few goals.

At the end of the game the boys, and the coach, were much happier than they had been an hour earlier. They atmosphere was positively jovial. What had looked at one point to be an unmitigated disaster turned into a positive experience.

Now, I thought, my boys are winners! They will profit for the rest of their lives from the experiences of that 24 hour period. The losses, the disappointments and the tears will pale in comparison to the jesting, the laughter, the joy, the daftness, the lessons learned.

It is about developing. And, that is what my wee boys were doing over that 24 hour period. 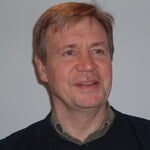 Gerald Steele played soccer in High School, College, and Adult Amateur Soccer over the course of 37 years in Scotland, England, and Canada. He has coached in the Greater Toronto Area since 1997 at many levels including Recreational, All Star, Development, Competitive, OSA (Ontario Soccer Association) District, OSA Regional, High School, and Academy. Contact Gerald Steele at geraldsteele@rogers.com.
PrevPrevious“THE DREADED THROW-IN” – Friend or Foe?
NextCreating an Atmosphere of Service on Your TeamNext