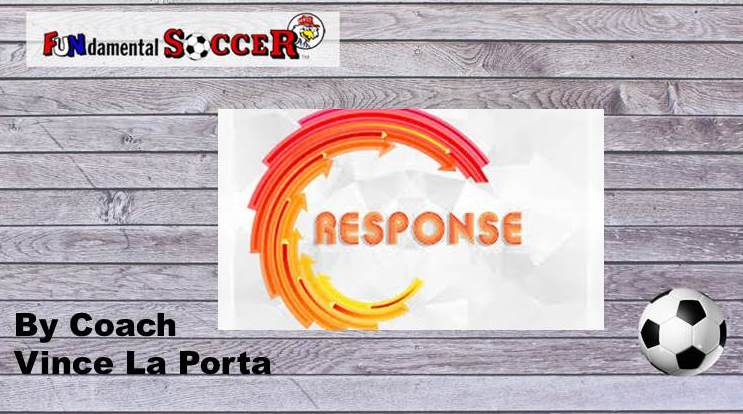 How to read the game, a soccer strategy for winning

How to read the game, a soccer strategy for winning

In his article, “Soccer Viruses and Remedies,” Coach Graham Ramsay gave several remedies for the Ballwatchinitus-Virus. In response Coach, Vince La Porta introduces a concept he calls ‘Eyes-Up’ as another remedy. He believes that Ballwatchinitus can be cured by players being taught to –Look, Glance, Observe, Scan, Survey, Consciously See or ‘Read the Game.’ Here are his observations and recommendations …

Kids are trained in the USA from very young to touch the ball a ton.  Lines of players dribbling back and forth, piles of players in a blender, every kid with a ball; this is great technical development, BUT facts are facts the player is staring down at the ball majority of the practice, every practice.  This works to create technique over time, but it also starts in a terrible habit that most USA players have – lack of vision.

Once a kid gets pretty good at controlling the ball, now it’s time for that kid to pick his head up and play, right?  THIS IS THE CRUCIAL MOMENT.  Unfortunately, this moment happens, and coaches do what?  They tell the kids where to stand and whom to pass to in defender-less passing patterns to learn how to move the ball around the pitch.  This is the ultimate failure!  Because this means players pick their head up from the ball (around age nine or so probably) for the first time and are told to look for teammates in situations where defenders aren’t even present!

Then we wonder why kids play passes to the pressured side of their teammates’ body.  We wonder why they cannot see the defensive shape and select to play the ball towards less defensive numbers.

Eyes Up, a critical moment in youth soccer development 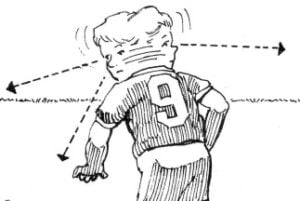 Kona Crush uses a concept we call “Eyes-Up.”  All soccer coaching staff in developmental age groups (6-12s) are to be on the lookout when each player starts picking his or her head up from the ball after years of repeated technical development.  At this moment, we teach them “eyes up,” which means when you pull your eyes up from the ball, do not look for a teammate, do not even look for space (a little young yet), look at the opposition.  Eyes-Up = Eyes on the opposition.  Don’t say “eyes on the defenders” because they become attackers once we lose the ball.  Eyes up lead to defensive vision as well as space don’t score goals; humans do.

Another issue the USA has with creating players with vision is that the environment is too crazy and hectic from the sidelines.  It’s not a free environment where players can push away the fear to allow for creativity and flow states.

So you get a player with great technique, dribbles well, passes well, controls the ball nicely, everyone is excited about their futures, but when they pick their head up, they feel fear instead of anticipation.  They are trained to pass in patterns instead of making their own decisions.  This results in players looking for their teammates.  Once their eyes come up from the ball, they immediately look for teammates, and quickly, so they don’t lose it and get yelled at or make a mistake.  Then 15 years later, you have Michael Bradley…Jermaine Jones… sorry, but my opinion is they are poor MFs, with no vision, no advanced understanding of the game, and looking for teammates still like little boys instead of keeping their eyes on opponents.  Your teammates are conveniently wearing the same color as you!  And you know the team’s shape, so you know where they will make runs from, and THEY WILL TALK TO YOU!  Your ears will hear them, and your eyes need to see the opposition.

Fear Defeated; a calming path towards the goal

When you are afraid of the monster under your bed, what makes the fear go away?  Looking for a friend in the room to share your fear with you?  Looking under the bed to see that there isn’t a monster there?  Knowledge releases fear.  Knowing where the opposition is releases the fear when receiving the ball or holding the ball in possession.  If you run an ‘eyes up’ session, you’ll notice your players in possession calming down.  You’ll see the tempo of the game calming down when that best eyes up player grabs the ball.  You’ll notice less panic from your still developing players.  You’ll also see all that technique starting to turn into skill (skill is using the technique correctly for the game situation).   You’ll even notice your defenders begin to suck, and you’ll see 5 new defensive things to teach them!

Careful, though!  Don’t start in on eyes-up training too early; they do need to put in the years of soccer ball mastery training at young ages, 1v1s, me-me-me, foot on the ball, over and over again. OR NOT!  Whatever you think is best, coaches!

Thank You, Coach La Porta, for sharing your concepts with FUNdamental SOCCER!

Readers, please join this discussion because your concepts and suggestions may help other youth coaches improve themselves …Priceless..! 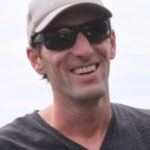 Coach Vinny brings his love and experience of soccer and science to his serious (and more often than not- downright silly!) coaching style that youth and their families have enjoyed and responded to for many years. For detailed credentials please check out his soccer resume: http://laportasocceracademy.squarespace.com/resume
PrevPreviousSoccer Viruses and Remedies
NextNot once, but twice!Next