What Are Your Players Capable Of?

Welcome back, this is Louie from Soccer in Slow Motion. This article includes 3 video links to from youth highlights to pro futsal so be sure to check them out!

This month I’ll share with you the progress made when we applied the most relevant “street soccer” skills to the pitch with a boys U10 team. I came to Liverpool Int’l Academy (formerly Pacific Soccer Academy from Los Gatos) to coach a team and to apply the advanced ball control skills that we use in our program.

The important decision is to ensure that the skills we taught could be used in game play. As I noted in article 1, when it comes to advanced skills, many coaches tend to think of tricks as moves that aren’t used in the game and a “waste of time” to be practicing. So it was my challenge to break that misconception and show the benefits that we’ve known about for years!

What are your players capable of? You won’t know until you provide them with the advanced ball control training that is used by some of the world’s most creative street soccer professionals.

Conclusion: So how’d it go? Am I jumping ahead here? Maybe, but we’re SISM, we do things a bit out of the ordinary! It went like this:

Season 1 – As a new coach to the team I didn’t know what my players were like and I didn’t get to see them the season before. My knowledge of their improvement was going to take some time. After the first season our parents shared their excitement of the improvement, they had seen the players and the team perform the season before and liked what they saw. As for me I liked the improvement, but it was only laying the groundwork for more to come. The creativity was not at the level of street soccer players yet, but they had worked their ways towards competent soccer players and I was satisfied so far.

Season 2 – As the second season got underway we continued with our 1v1 training as the beginning of our practice sessions. This is right in line with steps 3 and 4 of Karl Dewazien’s 9-Step Soccer Practice Routine that he has been advocating for years. By the end of the season we had a wonderful finale and won the final tournament of the season with creative game play that included everything from quality passing, pannas to beat players, a goal from just across the center line, and more! However, a special note should be made here. Our championship win is not what determined the success of our training program, the improvement in skill over two seasons and the creativity displayed is where progress was made. Had we not won the tournament, it would not have taken anything away from the progress the players made.

Here are the highlights from the end of season tournament:

It was a bitter sweet ending to the season…

Why is that? That would be the last time I coached the boys. After a successful run coaching a team, it was time to expand and share these training methods on a larger scale. After season 2 SISM was asked to provide an advanced skill training program for the academy and open up the advanced skill training to all players ready to learn new skills.

We went on to provide skill training that began with 1v1 training to start off our sessions as usual and thoroughly enjoyed the many successes from our players. Check out the fun learning that took place:

SISM brought two of the top street soccer players in the world to N. California. If you’ve been with us over the years then you might have gotten some pretty cool autographs! This next video clip has both Leamssi and Bencok and SISM had them both here for skill clinics before our international event, the American Panna & Freestyle Tournament. So you’ve seen the youth players training on their skills, but what does it look like it they kept at it? Here are some highlights:

What are your players capable of? You won’t know until you provide them with the advanced ball control training that is used by some of the world’s most creative street soccer professionals. For more information on the opportunities to experience the action go to www.soccerinslowmotion.com for links to the activities around the US.

Next month we’re going to highlight 2 special Northern CA players whose advanced skills have helped them rise to the top!

Coach Louie and the SISM team 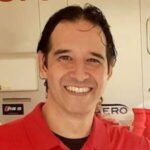 Coach Louie and his team have been teaching advanced ball control skills for over 10 years. He and his team have performed in stadium across the USA for some of the world’s largest sponsors such as Audi, Coca-Cola, Google and more! They have provided training clinics for clubs and academies up and down California. To learn more check out their website at http://www.soccerinslowmotion.com
PrevPreviousWorld Cup – How You Can Learn From Russia 2018
NextDealing with Missed CallsNext