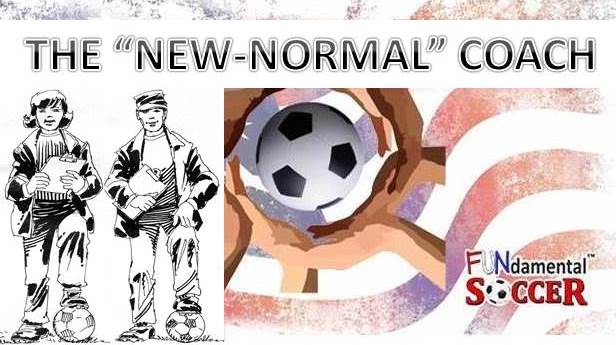 After spending the better part of my coaching career working with boys’ club and high school teams, I was offered a position last year for a local high school girls’ team that had been struggling for some time. Morale was down, players weren’t trying out and there wasn’t a lot of happiness on the team. I liked the idea of creating a new beginning – for the team and myself – and took on the challenge.

My first order of business was to try to find a younger female assistant coach – someone who had played the game and could serve as a positive role model that the girls on my team could connect with. One name came to mind – Sarah, a former middle school student of mine who went on to have a stellar career in high school and then on our local university team. She had made a huge impression on me as a hard-working, kind-hearted teenage student, and I knew from following her career a bit that she’d be the perfect fit, and that the girls on my team would instantly be taken by her. She was my one and only choice.

It took a year, but she agreed to join our team this season. Sarah was excited but a bit wary, not knowing how things would work out. I assured her we were trying to turn the page for the program and doing our best to create a positive, fun, but competitive atmosphere. And as my soccer career is beginning to wind down, I was also hoping to mentor Sarah a little bit, thinking maybe she’d get bit by the coaching bug and take over for me in a few years.

While her schedule made it so that Sarah could only attend occasionally, the players still connected with her immediately. Every day when I arrived at the field, the first question from the girls’ mouths was “Is Sarah coming today?”. They were happier seeing her than me, and I was okay with that. During the season Sarah worked very well with the players. She became a friend, offered encouragement and great advice to the girls, and they certainly looked up to her. And I think she began to enjoy her new position. She even mentioned once or twice that she was learning some stuff from me. So I guess I have become a mentor to her, and now I feel the desire to share some insight from my 30+ years of coaching this wonderful game…my message to Sarah…

1. Be yourself. Don’t imitate other coaches. Read about, observe, and learn from them, but in the end, you have to do what is natural to you. Just make sure enthusiasm is a part of it all – if you’re not excited by it, your players won’t be either.

2. Say at least one nice thing to each player each day – it may be the only nice thing they hear that day. A very wise friend once told me that, and I try my best to remind my students and players daily of the good qualities they possess. It has paid huge benefits over the years, as many of my former students and players have actually said that I was the only person who believed in them or noticed the good in them. It has led to strong connections and friendships long after their playing days were over.

3. Control the controllable. There are only a few things you have control over – and the weather, the officials, the fans, the other team aren’t among them. How you respond to those things is within your control, though, as are your effort and your attitude. Don’t waste any time concerning yourself about things that you cannot control. Stay positive and remember in the end it all balances out.

4. Set high expectations for yourself and your team. Not just in wins and losses, but also with how you represent yourselves in terms of behavior and sportsmanship. If you personally live by the expectations you set, the players will follow suit.

5. Don’t allow winning and losing to define you. Practice hard, and prepare, but remember that you’re dealing with young amateurs, not professionals. The process is as much a part of it as the results – being a teammate, caring for each other, knowing you’ve given your best…the winning and losing takes care of itself.

6. Take lots of pictures. One day you are going to have made so many memories for so many kids – and it’s all going to go by way too quickly. All the hours, the travel, the hard work – do your future self a favor and get lots of video and pictures so you can relive all of the joy and happiness you are going to share with your players.

7. Train your players as much as you can with a ball at their feet. Don’t get caught up in the “no cleats the first week of practice” rule – kids come to soccer practice to play soccer, not run in circles all day. Be creative when you plan so they can work on all aspects of the games in the exercises you prepare for the players.

8. Finally, smile a lot and make it fun. With all of the ugly stuff happening in the world, and the demands that are being asked of our students, allow them to experience a little laughter and joy on the field. Eat meals together; sing on the bus rides – in 20 years that’s the part they’re all going to remember anyway.

Sarah – thanks for all the help – can’t wait ‘til next year.

On top of our already large base of Special Kontributors, we also have Guest Kontributors. We thank all who have taken the time to kontribute to FUNdamentalSoccer.com!
PrevPreviousCoach of the Year – Skip Moss
NextThe “New-Normal” Coach UnderstandsNext