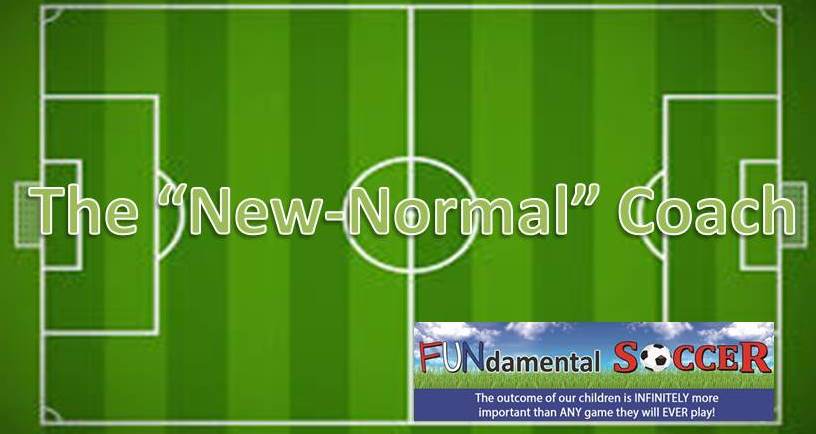 “IMPROVING IN ISOLATION” may not be as easy as it sounds.  There are so many sources available to study and many different methods to examine that confusion can result. Let’s look at some simple common sense facts and see if they can help you avoid all this confusion to become …

WHO IS A TEACHER, ROLE MODEL, GUIDE…

When coaching soccer, be as helpful, understanding and patient, as you are when teaching skills such as reading and writing.  You may be these players’ first and most influential coach/teacher.  The stimulation and support you provide can instill a desire to play soccer for years to come.  Please avoid just getting them ready for the next opponent.  Instead, prepare them for the lifelong enjoyment of playing the worlds’ most popular team game!

OUR YOUTH PLAYERS ARE ALL LEARNERS.

They are developing both physically and mentally; going through three (3) natural stages of development  to become mature players:

The stages of development are:

Players in the Dependent Stage have little or no soccer background. They need others to learn from, and the coach may become just one of the ‘others.’ Coaches with players in this stage must be very patient and allow the players to fail their way to success as they attempt to mimic what has been presented.

Players in the Independent Stage believe they have the skills, knowledge, background, etc. to win ball games for their team.  They feel that unless they take on the opponent and beat them the team cannot win.

You will see a ‘selfish’ type of play from Independent players who many times are tagged with the title: ‘ball hog.’ Players who continuously keep the ball will eventually learn that ‘hanging on to the ball’ may not be the solution to the team’s success.

All of these negatives (and more) will lead ‘smart’ players to conclude that: There is a time to dribble, A time to pass, and A time to shoot…!

Players in the Interdependent Stage, the top stage, which takes many years to reach, realize that it takes everyone on the team to have a successful game/season.

The few players who make it to this stage will have taught themselves (learned) that it is better to pass the ball to the outside in the Defending-third. TItis better to look for tasses in the Midfield-third and tribble for a shot in the Attacking-third. In all cases, they must feel very comfortable hanging on to the ball (ball-hogging) until they find a better option.

ALL PLAYERS CAN LEARN FROM THEIR MISTAKES

Players learn from errors made – if the coaching is done correctly, both verbally and physically.  Coaches must turn player errors into a favorable learning situation.  The player’s self-confidence should not be affected by mistakes that are made when playing soccer.  Note this comment about professional soccer, “it is a game played by 22 error-prone, overpaid juveniles…who are surrounded by 80,000 mistake-free, perfect, expert spectators.”

ALL PLAYERS CAN LEARN THROUGH POSITIVE REINFORCEMENT.

When improvement does not occur immediately, the player will not sense failure unless you show an adverse reaction.  Take the approach of ‘being a positive influence.” Reward players with a positive comment, a pat on the back or simply a smile…but, only when they serve it!

Replace words such as ‘exercises and drills’ with the word GAME!  For example:  A player shooting on goal protected by the keeper is playing a 1 vs. 1 GAME.

Keep the ball and players active.  Understand that if the ball is moving and the players are moving, there is soccer learning taking place.  Once either the ball or the players stop moving, learning stops!

DUPLICATING THE EXCITEMENT OF THE LEAGUE GAME IN PRACTICE IS FUNdamental.

Minimize listening and lecture time.  Maximize touches with the ball and playing time.  This is accomplished by playing small-sided games, which begin with the mastery of the 1 vs. 1 GAME. We need to create an environment where players instinctively respond to ball possession.  This means:

ALL PRACTICE GAMES MUST INCLUDE TWO GOALS.

ALL PRACTICE GAMES MUST INCLUDE SHOTS ON GOAL.

The habit of shooting is created by using a ‘shooting zone’ in practice. Once inside this ‘marked area,’ the players must respond by ONE-TOUCHING the ball toward the goal.  A sprint must follow the action of the ONE-TOUCH toward the goal –following the shot.  Then, the players must instinctively retreat (backwards) out of the zone to get back on defense.  The habit of shooting and appropriately responding is created in practices where the game action is simulated.

CONSIDERING THE PRESENT SKILL LEVEL OF YOUR PLAYERS IS IMPORTANT.

We must allow them to develop at their own pace (BE PATIENT).  Remember, they had to crawl, walk, run, jump, hop, in that natural order.

DUPLICATING GAME BEHAVIOR IN PRACTICE IS A MUST.

Your function during practice is straightforward:

It would help if you began by teaching your players to create their own environment focusing on the 1 vs. 1 game.

And let’s hope that ‘the New-Normal’ coach will understand that: … “The Outcome of Our Children is Infinitely More Important…Than the Outcome of any Practice or Game In Which They Participate!”

I love answering your questions. Do you have a question that you'd like answered on this blog? Ask me here
PrevPreviousTHE NEW-NORMAL COACH
NextCALL ME “COACH”Next