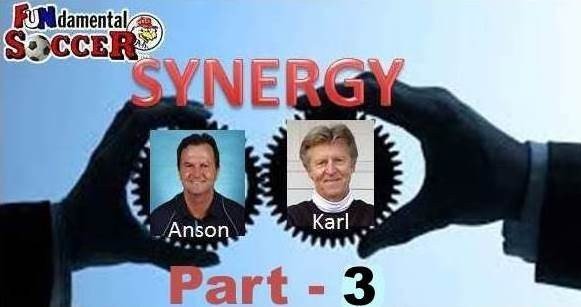 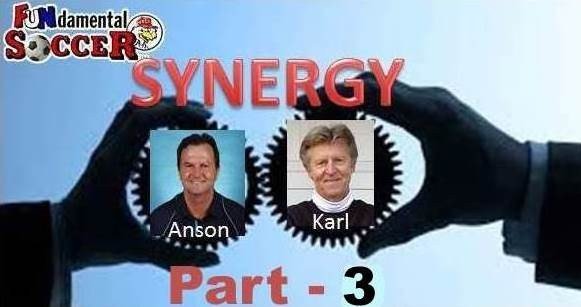 At a particularly teachable moment, we pulled the team together, and I asked whom it
hurt if they didn’t give their best effort in our 1 vs. 1 games?

In typical U-12 fashion, all responded that they were only hurting themselves if they
gave less than their best in practice. But through a guided group discussion, my
coaching partner and I led the girls to the realization that letting up on a lesser
opponent was not only hurting “themselves” but was robbing the opponent of a
significant teachable moment.

Following this discussion, the expectation was clear. Less than 100% effort in 1v1
training is unacceptable. Always demand the best of your opponent. They will be your
ally on Saturday. Challenge them to self-improvement. You do them no favors if you hold
back and are easy on them in the 1v1 games. Like Anson Dorrance, we successfully
took the “Me, Me, Me” of the 1vs.1 play and turned it into “We, We, We.” This was critical
to the success of our 1v1 training.

There were days when our particular emphasis was on:
• 1v1 either attacking or defending tactics
• Reinforcing lessons on shielding
• Shepherding
• Tackling
• Not letting the opponent turn
• Getting goal-side, etc.

The reality is that all of these were continually reviewed by the very nature of 1vs. 1 play.
These things soon became second nature. In retrospect, one of the most critical
benefits was that we never had to spend any time working on our transition game.
The very nature of our intense 1v1 training conditioned our girls to immediately go after
the ball if they lost it. They collectively developed a very scrappy style of play. To our
opponents’ dismay, our girls never give up on the ball.

When technical weaknesses reared their ugly head, we imposed a condition in 1v1 play
that reinforced the targeted skill.

• First-touch, dribbling, and passing were sometimes the focus of our 1v1 games.
• Occasionally we varied the size of the grids to allow for services by a throw-in.
• Or a mandatory header as the return of service.
• Extra points were awarded if that header scored a goal.
• With U-12 girls, feints were a recurring focus.
• For months, we have had all the girls practicing Coerver moves with no opposition.

We were now observing our more advanced players begin to incorporate those moves
into our 1v1 games. That was our signal that as we move into next season, we need to
challenge every girl to start trying those moves in their 1v1 play. As coaches, we
verbally rewarded their fledgling attempts and early awkward successes, but the day
they scored their first goal with it, they knew they used a Coerver move correctly in
their hearts. At that moment, they owned the move. The 1v1 game became the teacher,
we, coaches, became the guides, and the 1v1 proved to be our most useful tool.

Quite simply put, Dewazien’s Method of Training is the most economical training I have
ever seen. Our team had been using it for three seasons. It took us from ice packs and
tears of frustration to a third-place finish at the Division II state tournament. Better yet,
when we asked our girls what they liked best about playing soccer, one-seventh grader
replied, “I like it that we played together — like a team.”

All that out of 1v1 REMARKABLE!

On top of our already large base of Special Kontributors, we also have Guest Kontributors. We thank all who have taken the time to kontribute to FUNdamentalSoccer.com!
PrevPreviousKoach Karl on the Art and Science of Coaching Podcast
NextTryout TipsNext