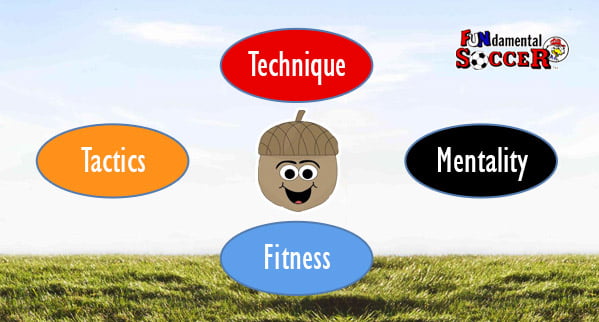 QUESTION-  How can we transform this mass of soccer players in the USA to become a power?

In every sense of the word since 1967, over 50 years we have had professional soccer embedded into the American sporting culture which in turn has excited millions of youngsters to play the game. With this energy has spawned all sorts of forms of leagues, clubs, associations, academies, camps, schools, etc.

It’s never ending but what has it produced? By now we should have produced at least 2 to half a dozen world class players in the men’s game. The women were fortunate in that “Title 9” freed up the sport for many girls but now its meeting with competition from the sleeping giant that is women’s soccer worldwide. So why have we so under performed on the men’s side of the sport? May I offer some insight and options to correct it.

It’s nothing to do with money or sponsors but our own stupidity, generosity, going down the wrong paths in searching for the wrong holy grail of success. The main reason is staring us in the face but from too much adult influence we have kept children from developing their potential. From Day One the parent dominates their landscape to the extremes of Dad’s carrying their child’s bag to the pitch to coaching, managing to organizing everything. I think it’s time to let youngsters take control of their game with limited help from adults.

This transformation could start at middle school and be part of their education. A teacher/ parent could lead the players in learning to set up a team and gradually let them take over control. Encourage them to hold team meetings, learning to plan training sessions and play practice games. The league can be 5 versus 5 or 7vs.7 based. The league could be within the school or linked into another nearby school.

They will learn a lot and youngsters are smart when they are allowed to express themselves.

Of course there are hills & valleys but that’s life but from experience they will take ownership of “their team!”

Let me give you one example of the power of youngsters creating something special with soccer being at the heart of the experience.

Uruguay, Montevideo- Zero money, zero equipment, no balls ,no  pitch plus lived in a tough neighborhood. With all these obstacles they like all children are very smart and adapted all sorts of things to where they invented the game of “FUTSAL” which is now played all over the world. Their soccer home was a park, street or any open ground and the ball was someone else’s reject, old rotten, battered ball with no bladder but they transformed it into a “FUTSAL” by stuffing it with straw or cloth and created a no bounce or a dead bounce ball. It was a brilliant idea as it created one of the greatest skill inventions that soccer has ever known. It slowed the game down and you could touch, develop a “feel” the ball more with your feet.

NOTE: the author recommends this to be the main game for children up to U.12’s. Fewer rules, fewer players ball.

The purpose is one of greater enjoyment and a greater commitment to the sport. This can only be learned by youngsters especially in their teenage years. As is after 50 years & millions of dollars we have not produced a world class player. Then compare us to home of FUTSAL, Uruguay with far fewer players or money or sponsors yet every couple of years produce world class players. Our way does not work and so need to reassess and correct. The grassroots is the most important area of the sport and we mess around with and so end up with millions dropping out in their teens. IT’S A CRIME!

Graham Ramsay is the Director of Soccer Sphere, a soccer educational cum marketing company based near Washington, DC. He is also the former Director of Soccer Development for the Maryland State Soccer Association with nearly 20 years of service to the youth in that state. Graham was one of the first National Staff Coaches for US SOCCER and has written several books and numerous articles. His latest book, SOCCER FOR GIRLS has sold nearly 60,000 copies worldwide. Graham has spent extensive time traveling with soccer teams in Brazil. As well as coaching in Saudi Arabia, Bahrain and across Europe. While in the USA has coached in over 30 States doing clinics, workshops to helping college teams reach the NCAA's to taking Annandale Boys Club to winning the McGuire Cup (U19 National Championship) to developing high school programs to help creating one of the finest youth programs in the USA - MSI in Montgomery County, Maryland. Graham Ramsay also runs Soccer Clinics! Click here for more information.
PrevPreviousTraining By Yourself
NextAdvice from A to ZNext