When keepers dive for shots hit low and to the side, one of the biggest mistakes they make is to not get their hands low early.  What this means is that when a keeper dives to his left side for a low ball, he will take a last step with his left foot to the side and forward (approximately a 45 degree angle) and then as soon as possible get his left hand in front of her left foot and it would be along the ground (on it’s side with the thumb up).  As the dive is taking place, one of the main keys is to keep the low hand along the ground and slide it toward the ball. As the keeper is diving the hands should always lead the body in route to the ball.

One of the most common problems is while diving, keepers get their body low but take much too long to get their low hand low enough and while it looks like a “great effort” the truth is if the keepers are actually just missing very savable balls.

Causes of this tend to be one of two things. One, the keeper swings his hand backward before beginning the forward dive toward the ball. Or Two, the keeper lags behind with the hands in the dive so that the hands do not lead the body in the dive.

Just remember, while diving to the side for low balls, get your hands (together) in front of your lead foot and along the ground as soon as and you will be able to save many more shots either with a catch or a parry. 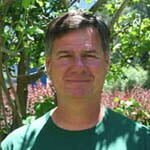 Don Williams is a veteran college coach whose coaching career spans 30 years. He coached at virtually every level in the United States, including a pro stint in the USL, the NCAA, NAIA, and at the Junior College level. Most recently, he coached the men and women at Feather River Junior College in California, where he was able to transfer 92 players for $4,375,000 in scholarships having his players recruited by many distinguished schools such as Penn State, UMass, Florida State, UCLA, Lipscomb, New Mexico State, North Carolina, University of Washington and many more. Before coaching at Feather River, Don spent 12 years coaching at California State University at East Bay. Don has also been the men’s head coach at Ohlone College and the goalkeeper coach for the Bay Area Seals of the USL. There he coached such notables as Jon Conway, who went on to play for the NY Red Bulls, Chicago Fire, and Toronto FC of the MLS. Don also served as the inaugural Director of Coaching for the Northern Nevada State Olympic Development program, where he helped 67 players get invited to the US Regional Event. Don is Head of Operations with Sports Recruiting USA for The Americas, the most successful and connected college placement agency in the world. He has earned his "A" License from the United States Soccer Federation.
PrevPreviousA Glimmer of Hope
NextAn Interesting ComparisonNext