But on the bench for Toronto FC was Sebastian Giovinco, arguably the best player in MLS and the league’s top goal scorer over the past 2 seasons. He was substituted off in overtime with the game tied. It was a coaching decision that was filled with stress, I’m sure. And it created controversy in the media and bar room discussions after the game. Fortunately for coach Greg Vanney, it was the first time Toronto FC, in its 10-year history, had reached an MLS Final. He will not lose his job. Others may not have been so lucky.

That, my friends, is the pressure that is on the coach when it comes to deciding who is going to take the team’s penalty kicks. After looking at all of the superstars that missed penalty kicks in 2016, maybe Vanney’s decision should not have been so widely criticized.  Maybe it was the best decision he could have made. Giovinco’s substitute, Tosaint Ricketts, created the chance that could have won Toronto the game by beating a defender and crossing the ball into the box. Jozy Altidore got to the cross with a brilliant header that was on its way to the top corner of the goal. Sounders’ keeper Frei flew backwards and across the goal to make a hair-raising save that was seen around the world on the highlight reels.

People tend to remember most when a missed penalty shot costs you the game. At the 2016 Copa America Final, none other than the great Lionel Messi missed a penalty shot for Argentina against Chile and probably cost his team the Championship. The pressure was so great that he promptly announced his retirement from the National side.

At Euro 2016, his counterpart from Portugal, Cristiano Ronaldo, also missed a penalty. Now you wouldn’t expect two of the best players in the world to both miss penalty kicks at two huge competitions within a week, would you? Based on those statistics, Vanney was correct in replacing Giovinco, wasn’t he?

Obviously, on the field, most of the pressure in taking penalty kicks is on the shooter.

In my book, The Last 9 Seconds, I spend a full chapter on the psychological aspects of the penalty shot. In a quote from the book, Alan Shearer said: “When you miss a chance in open play, people don’t remember. When you miss a chance on a penalty, people remember.” Shearer is the all-time leading goal scorer for Newcastle United of the EPL. “It’s a battle of the mind”, Shearer continued. “When I missed in one game, it was my responsibility that everyone went home miserable that evening. It took a while to get over that. Penalty shots don’t get any easier just because you have taken lots.”

“It’s a battle of the mind”

In her book It’s Not About the Bra, Chastain said: A penalty kick is as much a mental challenge as it is a physical one. No one really expects a keeper to save a PK, so she has nothing to lose. All the mental pressure weighs on the shooter.”

But the pressure is not only on the shooter, how about the coach who has to decide who will take penalty kicks? His job could be on the line. A player like Messi or Ronaldo will not lose his job on a missed penalty kick. But the coach? It could very well cost his team a victory and cost him a job and his ability to earn an income. Now that’s pressure.

The 2016 Copa America Final was decided on penalty kicks as Chile went on to win after Messi missed his shot. At Euro 2016, Italy was eliminated in the quarter-finals on penalty kicks. In that game, Italian coach Antonio Conte decided to make a substitution in the 119th minute specifically to bring in Simone Zaza, an expert on taking penalty kicks. Zaza did a dance-like approach to the ball before he shot and failed to score. Video clips of his ridiculous approach and kick are all over YouTube garnering millions of views and the brunt of all jokes. Italy went on to lose. But it was coach Conte who specifically put him in to take one of the penalty kicks. Does Conte get blamed for the loss? Extreme pressure weighs on the coach.

The coach has to decide which players to pick who will decide the fate of the game, possibly championship, and maybe his career. Now that’s pressure. Does the coach pick a proven goal scorer or change things up a bit? Who will buckle under pressure and who will stay calm? When Italy won the 2006 World Cup against France, mostly defenders were picked to take shots.

In a rare case when a player misses a penalty kick and another one is awarded in the same game, what would you do if you were the coach?

It’s not often that a player gets a chance to take two penalty shots in one game but when it happens, the coach has a big decision to make. In one way, you would assume that your best shot taker will regain their composure to do what they have done for you many times. In another case, you figure that their confidence may be a bit shattered and you cannot put them under that kind of pressure. Penalty kick taking is all in the mind, isn’t it? Even for the coach!

In a recent MLS match between the New York Red Bulls and the Vancouver Whitecaps, the Red Bulls coach gave striker Bradley Wright-Phillips a second chance at taking a penalty shot in the game after missing his first. Consequently, Wright-Phillips became the first player in MLS history to miss two penalty kicks in the same game. The Red Bulls lost 2-1 and ultimately, Wright-Phillips’ two missed scoring chances cost his team the game.

In that case, as much as the player will receive criticism for missing two shots, how about the coach? Fans and the media will want his head. How unfair!

And how does this play on that recreational coach? Even though his or her job is not on the line, how about the psychological effect of the kid who missed their first attempt? Do you give them a second chance to make them go home happy? What if they miss again? Will it scar them for life? This type of pressure for the coach can be even more than for that pro athlete? The coach will probably have to take into consideration, the personality of the player. My gosh, I’m feeling pressure just writing this article!

What would you do?

So as we watch any match, think of the pressure not just on the shooter but also the coach or manager whenever a penalty kick is awarded. You can bet that they are the biggest cheerleaders for their chosen shooter. It could mean their job! 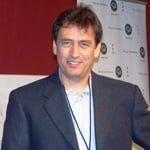 John DeBenedictis has coached for over 35 years and contributed to FUNdamental SOCCER for decades. He has coached at many levels. Most of his coaching has been at the youth level, from the youngest children to U19 league select teams playing in international competitions. He ran his soccer camps with Tony Waiters, former English International goalkeeper and Canadian National Team coach in Ontario. He played goalkeeper for York University, helping them win the National Title in 1977. He played semi-professionally in the National Soccer League (a professional league based in southern Ontario, Upper New York State, Quebec, and Michigan) with Toronto Ukrania. He also runs his “Secrets to Goal Scoring” course. DeBenedictis continues to volunteer his services as Executive Director of The National Soccer Coaches Association of Canada and recently authored "The Last 9 Seconds: The Secrets to Scoring Goals on the Last Touch".
PrevPreviousRecognizing and Dealing with Critical Game Control Incidents
NextInstitute for Sport CoachingNext