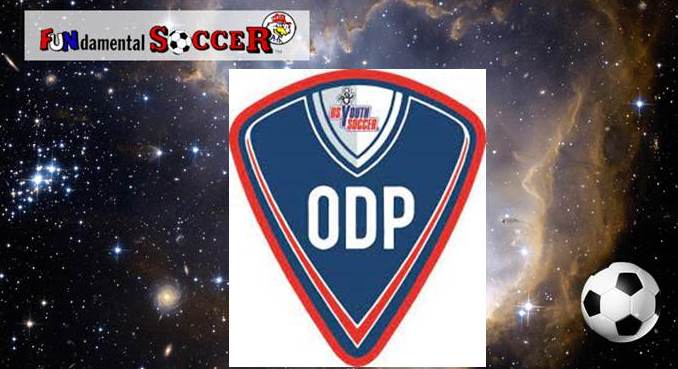 Like Bad Tasting Medicine This Is Good for the Players

by Joe Esfandiary with Koach Karl

“Allow me to share the conversation that I had with A. Sampson (Coaching Candidate).

Coach Sampson is an individual that I have had the pleasure of mentoring for the last two years. Coach Sampson played at Cal Poly and was also the assistant coach for the Cal Poly women’s soccer team. She is also a coach for a U12 competition team in Sacramento.

Two years ago, before she received any youth coach training, her team had minimum success and placed last in their league. But, after gaining some valuable coaching tips from your ‘9-Step Practice Flow’. She was thrilled to inform me that her team got first place in her league, winning many tournaments this year.

She believes by using our practice routine and coaching (teaching) methodology; she was very successful this year. She explained that she uses the Figure 8 stretch routine and 1v1 training at every practice session for 20-30 minutes (with the rotation, I am sure!)

This procedure resulted in her team gaining self-confidence and skill to take players on and show a great deal of determination and agility. She mentioned that she skips the 1+1 since her team was getting bored and ready for 1v1 play. (It is OK to modify our system to match your team’s experience level. In fact, we encourage that because we seek success).

She mentioned that there are no dull moments in her practice sessions now, and the girls love it! (Keeping players active in a proper soccer environment – inside our flow chart – is what this is all about).

The ‘9-Step Practice Flow’ has also made her job much easier to manage her team and time. Also, there is a sense of direction and ultimate success in her training sessions.

Lastly, she mentioned that even though she and her team won the League championship. This year, unlike two years ago and last place. A few parents still believe their team is not scoring enough times per game. (Despite all our discussions with our parents about this wonderful, worldwide, low-scoring, yet very demanding and skillful sport. There are still those compulsive complainers. How FUNtastic our job would be if only we could ask these parents not to show up to our games? Better yet, encourage them to learn our FUNdamental Methodology and learn ‘how to’ teach and love this game through our program).

Koach Karls’ Response
Thank You’ for sharing this wonderful experience with me. I want to use your letter as a springboard to re-emphasize the importance of our (1+1 phase). As you mentioned and so have many other coaches, ‘She skips the 1+1 since her team was getting bored and ready for the 1v1.

We, 9-Step Practice Routine Proponents, need to emphasize to the coaches we are teaching that the 1+1 and 1v1 are two distinct and separate parts of our practice routine. In the 1+1, we ask the coach to focus on ‘teaching’ basic skills. In the 1v1, we ask the coaches ‘to observe’ the progress of their teaching the essential skill. Let me break this down for you:

In a recent Olympic Development Program (ODP) try-out environment, a coach told the players: “We are observing your ability to follow verbal instructions when laying out the cones.” You would have been amazed at how proper the cones were laid out in a minimum amount of time.

When told that we focus on their eyes and their ability to read the game, the speed around the cones decreased dramatically, and eyeballs could be seen scanning the playing area. In other words, we disguised the fact that the players were continuously going through ‘the Serve’ by having them focus on different technical themes. A note of interest: The evaluators were astounded at the technical weaknesses of the players at the try-out and how easy it was to observe these weaknesses by just using ‘the Serve.’

This is totally different from the 1vs1 phase, where we ask the coach to strictly observe and take written notes. The coach is told to observe and take notes on weaknesses observed during the 1v1 competition. The coach should never stop the action during the 1v1 games. In the 1v1, we ask the coach to prepare the players to never stop their actions and ignore verbal instructions. In the 1v1, we ask the players to fail their way to success!

Going back to the ODP try-out. At the end of each session, we asked the players about the try-out. They all loved the 1v1 games, the small-sided games, and the scrimmage. Only ’a few’ liked the 1+1. The rest did not like it because, in their words, ‘it was too difficult.’ Guess how many players were invited to the next level (a few). Guess which players were invited to the next level (the same few) because they had good basic skills.

And where did the majority show very slight improvement? In their awareness of scanning the field, we stressed this theme during the 1+1 phase. These players showed and told us that maybe, like medicine – what we don’t like very much does us the most good?

Since we (FUNdamental proponents) know that players will not reach a higher level without basic skills, for example, the first touch. It will be our goal to teach the coaches how vitally important the 1+1 phase is in developing their players. No coach should ‘skip’ this phase because the players are ‘bored.’

We will need to present to them ways to make the 1+1 phase more exciting. If we are excited about teaching this phase to them, they will be more excited to teach their players!

Yes, Coach Joe, our job would be more FUNtastic if we could encourage the parents to learn our FUNdamental Methodology and learn ‘how to’ teach their children to love this game through our program.

On top of our already large base of Special Kontributors, we also have Guest Kontributors. We thank all who have taken the time to kontribute to FUNdamentalSoccer.com!
PrevPreviousReferees Face a Tough Road
NextTop 10 Tips For Coaching Your Son Or Daughter’s TeamNext