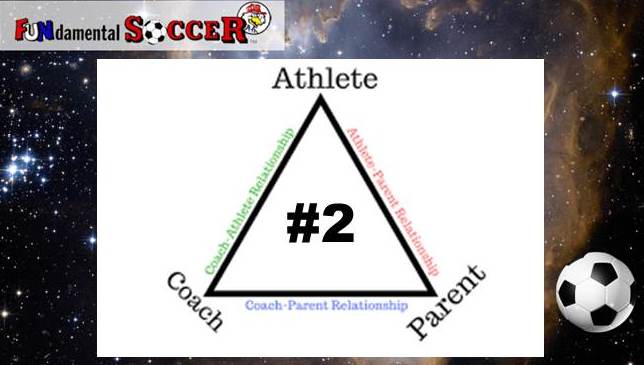 Should I Coach My Five Year Old’s Team? #2

Coach:  My second concern is that my son is still a little shy compared to most boys his age.

Karl:  Research has found that it is dangerous ‘to compare’ anyone to anyone else. There will always be someone smarter or dumber, faster or slower, taller or shorter, etc. Allow him to be himself and be the best himself  that he can be – After all he is the best five-going-on six year old son that you have at this time – isn’t he?

Coach: This may stem from him spending 13 weeks in a cast a year and half ago because he broke his tibia slipping on a book while running around. I’m not sure if he should learn in an environment where he’s not really ready to get in there and mix it up.

Karl: Truthfully, I was tentative in getting back into the mix after breaking a bone, myself. But, once the action got started the fears seemed to dissipate because I wanted to play. Does your son want to play? Have you asked him if he wants to play? Have you listened to his response? Have you allowed him to give you his answer?

Coach: Perhaps it might be better to hold him back for a year or two as he builds his strength.

Perhaps you should ask him (now) if he thinks he is strong enough to play. Listen to his answer and respond accordingly. If he does not want to play – that is OK! If he wants to play – that is even more OK – because he will make Dad happy!
Again, Thank You for your concerns your boy is very lucky to have a father like you One Who Cares! Remember this will be you boys only childhood – allow him to be a five going on six year old. He will be a success in any endeavor, and it may not be sports, as long as you support his dreams…!
Your very first goal must be to have FUN while coaching/teaching these five/six year olds –to ‘Love to Play Soccer.’ They, in turn, will learn all other aspects of the game including ‘Technique, tactics, aggressiveness…’ in due time.
But, only if they are still playing –soccer!

Koach Karl, Thanks for the response. Some very worthwhile and thought-provoking suggestions. I appreciate you taking the time-out to make them. One thing you nailed on the head…he sure does love to play, regardless of what it is. I’ll take your comments to heart and make sure that while he’s playing, I exercise restraint in my desire for him to play “right” and put more effort into making sure he’s having fun. I have to remember that he’s five and playing soccer and not 22 working at being a world-famous pianist. Also your thoughts on “not being aggressive enough” make sense.Looking forward to any other comments you send my way. Sincerely, Kevin

I love answering your questions. Do you have a question that you'd like answered on this blog? Ask me here
PrevPreviousShould I Coach My Five Year Old’s Team? #1
NextMissing Scoring Opportunities #2Next