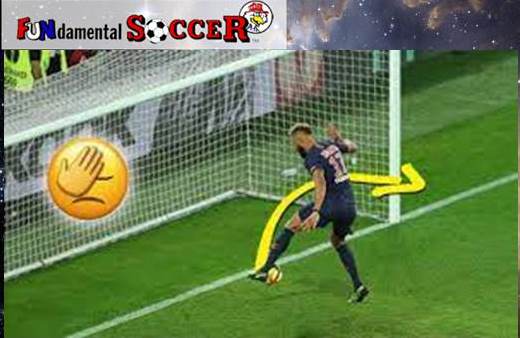 Coach:  First off, ‘Thank you; for the advice that you are giving me, I have so much more to learn and try to instill in my practices with the team.

Karl: My pleasure and believe me after 40+ years I continue to learn myself.

Coach:   I understand the games being held to a very low score, especially at this level. We have played 4 games and have only scored 1 goal. I honestly believe that the girls can be careless and are having a great time at least that is what they tell me after each game and to me?

Karl: One of the reasons I love working with children is because they are very/very honest. Believe them when they tell you they are having a great time and enjoy a great time with them.

Coach: But I want them to experience goals get the excitement and every one of them to be back playing next year.

Karl: But? Oooops! I knew this was coming. But, means that you don’t really believe ‘having a good time’ is what it is all about with these young children. Let’s see what you ‘honestly’ think it is about…

Coach:  If I teach them anything it is having fun is always first and scoring goals will come in time with practice and just playing.

Karl:  Sorry Coach,  the one thing you can not teach your players is, ‘To Have Fun!’ What you can do is allow them to play –which is FUN. Or, create a learning environment by using our ‘9-Step Practice’ which allows them to play and have FUN. And, Yes, because all the games in our Routine allow them to score goals … They will have FUN scoring lots and lots of goals during practice, and eventually this habit will be carried into the league game –Guaranteed!

Coach:  We have had the kids working on drills in practice around a set of discs usually aligned in different positions on the pitch. Left, right, center, we have taught the kids to think of these as defenders as they dribble around them, and when they come around the last one peek at the goal and strike the ball as fast and hard as they can without stopping. After the first time around they seem to catch on. During these drills, we only try to Coach them with regards to keeping up the speed and striking the ball without stopping.

Karl: Let’s start by eliminating the word ‘drill!’ Your players are working in a ‘Dribbling/Shooting’ game.  I like your description of the game. Going around imaginary defenders, peek at the goal, and… Here is where you can begin improving their shooting technique. Instead of asking them to, “strike the ball as fast and hard as they can without stopping.”

Coach: When I studied your materials I learned about ‘the Serve’. Do you think that I should attempt to teach this to the kids?

Coach: I think that I could explain it easy enough and believe it would help me with the push, peek, place.

Karl: If it will help – Why not give it a try. Or, give it many-many tries. Remember that repetition is the key 🙂

Coach:   I just wonder at their young age if it will click?

Karl:  If you ‘wonder’ then they will not get a chance to do it. If you let them do it then you might ‘wonder’ why you did not try this before. Have children, ever, amazed you at being able to do something that you ‘thought’ they could not do? Wonder how they were able to do that?

Coach:  During our scrimmages, the forwards are always pushing the ball towards the goal and shooting it to the goalie every time.

Karl: Well, here is another answer on something you can work on. The players are shooting the ball directly at the goalie… This means that when they, ‘Peek’ they are finding/looking at the goalkeeper rather than the ‘large space to pass into’. Their minds-eye is focusing on the keeper and they will shoot at the last target/image that is recorded. Use the Push-Peek-Pass sequence … have them focus on Peeking to find/see the Larger Space and then Pass into the Larger Space!

Coach: We are basically having 4 vs 4 games and they are playing soccer.

Karl:  Can’t get any better than this.

Coach: We only have 9 kids on the team so on some of the scrimmages we are using parents as the keeper and the girls are playing soccer.

Coach: We appreciate your advice as always and as soon as this rain clears out we are going to hope to get out there and put it to use. So thank you once again and I look forward to your reply.

I love answering your questions. Do you have a question that you'd like answered on this blog? Ask me here
PrevPreviousShould I Coach My Five Year Old’s Team? #2
NextMissing Scoring Opportunities #1Next