How to Deal with Soccer Referees, Municipal Judges And the Police who run Radar Traps

Let us begin with referees. It is a subject close to my heart. I have a dear friend who has refereed for years. I met him in church and he told me that he had retired from working in a school. Ah, I thought, more time to ref. And he is an excellent ref. We have had him many times and he does an excellent job.

I was told no. Now he does less refereeing, as he does not do boys’ games. The players, coaches and parents are too difficult to deal with. So he just does girls’ games. Such a shame.

He will be replaced by a much younger and less experienced ref. Such is the nature of the beast. The experienced are replaced by the less experienced. They are being driven out by coaches, players and parents. I have told you my attitude. I pretend that soccer is played in a glass tank containing twenty two players and one referee. The linesmen are off the playing field and signal the referee with a flag. They do not yell; they signal. No one else is allowed on the field and nobody can enter without the permission of the ref. I speak to a ref before the game and after the game. Period. I do not yell during the game. It is in a glass tank. Remember that.

After the game I have an evaluation for to fill out. Sometimes I attach a letter, if I feel it is that important. But no yelling. It becomes a good habit.

The referees know me and treat me with respect because of this. Sometimes they ask my opinion about something, because they know that I will give an honest answer. We get along, as should be the way.

As for municipal judges and police at radar traps. What to do? You should know the answer by now. 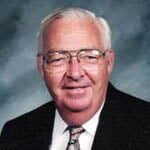 You may recognize Alan Maher from his many articles published by FUNdamental Soccer over the last three decades.What you may not know is that for more than a quarter of a century Alan Maher has been the chairman of printed training material for the National Soccer Coaches Association of America. His articles can be read not only in NCAA's own magazine, Soccer Journal, but in every soccer magazine in the country. FUNdamental Soccer's own Alan Maher has written, "Attacking Soccer with the Neutral Player" as a supplement to our extremely popular '9-Step Practice Routine'.
PrevPreviousHop, Skip & Jump – Are You Kidding Me?
Next“PLAYING AWAY” or (Helping Your Opponent Win)Next