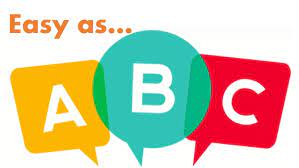 See them in commercials, watch them on YouTube and observe them on training DVDs. Children as young as four years old playing soccer and put on moves that are used by professional players. Yes, children around the world are able to learn and apply ‘tricks of the trade’ at very young ages. Yet, many youth coaches feel that our players are not able to perform these moves.

Here are some comments made that reflect our players’ inability’s: “Love the Book & DVD but the material presented was way too advanced for the age of my players”, “Could use more drills that are designed for the age group that I am working with…”, “The Book & DVD presentations are terrific but I need more age-appropriate drills to use in my practices”, “Some great stuff is presented in the Books & DVD but the young kids I’m working with would get ‘bored’ doing it!”

Note: These comments were received immediately after viewing the DVD and/or reading the book …And before any attempts were made to see the players’ actions and reactions.

Hopefully, you understand that if you think that your players are not capable of doing something and would get bored doing it! Then you will be absolutely correct.

However, if you think that your players are capable of doing something and would not get bored doing it! Then, of course, you would again be absolutely and totally correct. Your attitude toward your player’s abilities and in-abilities will dictate their progress. If you think they can’t –You are right! If you think they can – You will, again, be right! But, you will never find out what they can and cannot do unless you give them the opportunity.

Let’s explore another teaching progression that all of you faced at one time or another. What did you do when you first introduced your child to the alphabet and he/she was unable to repeat the 26 letters? Did you think that he/she was too young to learn to repeat the letters so you just gave up and waited until the appropriate age to learn them? Did you give up after the first attempt? Did you think they would get bored having to repeat the same letters over and over again? Or, did you stop ‘thinking’ and begin to take a patient/repetitive approach that you knew would eventually lead to success?

Of course, we know that you patiently kept repeating one letter at a time until the child learned ‘how to’ memorize that letter. You would continue this sequence, no matter the age, until the child was able to repeat all 26 letters in sequence. Some of you used blocks, with the letter on them as a visual aid to help your child. Some may have added rhythm to the learning process. I’m sure you still recall hearing the daily –monotonous –boring –repetitious sing/song of the alphabet song? Even though it was monotonous –boring –repetitious –To You…You still encouraged your child to sing that song because you knew it would eventually become beneficial.

And so the loooong tedious process began without consideration of the child’s age. The memorization of 26 different letters was followed by you asking them to begin putting these letters together. It is very doubtful that you began with such a word as (catastrophe) even though the simple word ‘cat’ is found inside. And surely you did not think about your child being unable to put letters together to form a word. You just went right ahead and started introducing your child to pairs of letters until they succeeded in forming simple words such as bat, cat, fat, hat, mat, etc. And maybe even in this order because they follow the sequence the letters were introduced in. 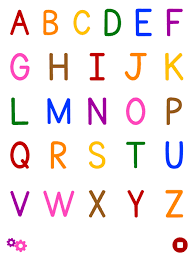 Your child, eventually, became anxious/interested and wanted to take those 26 letters and make longer words. More than likely you encouraged their learning of longer words on their own because you had another concept that you wanted to introduce them to. You were tired of working with just those 26 ‘boring’ letters and short words.

It was now time to take the words and put them together to form something called sentences. You began, again, with simple sentences like See Jane, See Jane run. See Jane run fast. Just reading these lines must bring back the boring/repetitious number of times you read these lines to your child. You would then encourage your child to read the words/sentences along with you. Once they had memorized the material you would ask them to read the ‘stuff’ to you. And your eventual goal was to have your child read on his/her own and to themselves. Any idea how many times your child read their favorite book to themselves? Any idea how many times it took for you to read that same book before ‘boredom’ set in?

You should have an indication of where your child is currently and where they will be in the future because of your attitude toward your child and their ability to work with those 26 letters. If you thought they could not learn the letters until a certain age –then you were right and that is why they are where they are educationally today.

However, if you instilled a ‘love for the letters’ from the very beginning in a patient/methodical way then you know where they are today and where they will be in their educational future.

There is no difference in the child’s introduction to Soccer. Soccer education must follow the same logical/common-sense approach. We, FUNdamental Soccer Staff, have made the introduction and development of players easy for you. Our ‘9-Step Practice’ takes away the mystery of player development and allows you to teach ‘the love of the game’ inside its structure.

We do not ‘think’ your players are incapable of doing anything other children, at their age, around the world can do. We know they are capable of being as good and in most cases better than players of the same age. Just taking into consideration our diet, facilities, equipment, etc. We only lack the positive attitude, by some coaches, toward our players being capable of performing at a higher level. And the work rate of some players during their formative years.

As you can see we go from individual (letters) to pairs (small words) to small groups (larger words) and eventually to team (sentences) development. We even encourage the assignment of homework (reading to oneself).

Want to make your players/team as successful in soccer as they are with the 26 letters? Then, all you need to do is patiently Learn and Apply the ‘9-Step Practice Routine’. It is as simple as that!

I love answering your questions. Do you have a question that you'd like answered on this blog? Ask me here
PrevPreviousThe Motivation Enigma
NextAsk QuestionsNext