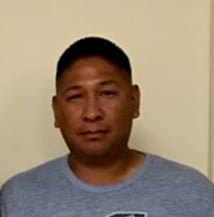 “How/Why did you become a youth soccer coach?”
I became a youth soccer coach, because my kids wanted to play soccer. At first, I did it for them. As time passed on, I began to get more involved, because I wanted my kids to have a great experience playing soccer. I had seen prior coaches taking it too seriously, and seeing other kids not wanting to play soccer due to a bad experience.

What do you enjoy the most about coaching? The biggest joy of coaching is seeing the kids say that they will join soccer again next year, because they had a great experience, especially when the parents and players request to have you as their coach for next season.

What do you like the least about coaching? The politics is what I don’t like about coaching. Sometimes some parents don’t understand that we are volunteering our time, and instead of helping out, they tend to complain, when all they have to do is help, because just as we are teaching kids to play as a team, we want parents to work as a team as well.

What “words of wisdom/advice” would you like to share/give to:
Players: Have fun, work hard and listen to your coaches. You do those three things and you’ll have a successful soccer year.

Coaches: If you’re going to coach Rec. soccer, don’t coach like you are playing in the European League. No one is scouting you to be the next Manchester United coach. If you want to win, then go coach competitive soccer. Make sure that you run exercises that the players will learn from on the field. If they make mistakes, don’t yell at them. Instead motivate them to correct the mistake and get better. Especially the younger ages that play soccer. Have fun and they’ll remember you more as a coach, teacher and mentor, that the player and parents will appreciate for years to come. It’s not the wins and losses that make you coach of the year. It’s how you coached the team and how you conducted yourself on and off the field. I can’t say it enough, but have fun most of all!

Make sure that every player plays at least 50% of the game. Parents don’t come to games to watch other players play. They want to see their kid play as well. And as a coach, they’ll only get better if they get to play, not by sitting on the bench 90% of the game.

To Parents: Don’t force your kids to play soccer. Let them choose. If they choose to play, the outcome will be better. And when they play don’t yell at them if they make mistakes. Encourage them and just give constructive criticism. Just like we tell the players to have fun, parents have fun as well. Your child is playing and doing something positive. So don’t make it a negative moment.

To Referees: Have patience with some coaches..

On top of our already large base of Special Kontributors, we also have Guest Kontributors. We thank all who have taken the time to kontribute to FUNdamentalSoccer.com!
PrevPreviousZero Tolerance is the Law
NextRecognizing and Dealing with Critical Game Control IncidentsNext