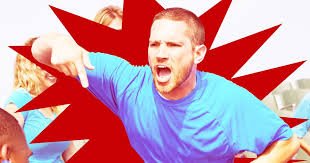 Dealing with the “Parent Coach”

I’ve noticed these parents mostly at younger ages, and I suspect they come from two places. The first are parents who are on their last child, having gone through many years of soccer with the older siblings, and the second is parents who played club and school soccer themselves. Yep, those wonderful children we coached fifteen years ago are back with their children.

I have personal experience with these parents who confront coaches with how they believe their child should be coached. I have had parents approach me during a game and tell me what drills I should run in practice to correct a missed goal or pass, and a parent who was livid because we were playing a left-footed player on the right side of the field, and several parents who were very upset because we didn’t have the girls standing in line before a game and taking shots on the goal (that’s why we can’t score goals in a game I’m told!). I’m sure all of us have had similar experiences as I’m hearing more of this phenomenon from other coaches.

Well, anyway, this is my question, how do we deal with this type of parent? The parents who shout at their child or the referee?

I realize that as a referee, you have the authority to control situations such as these.

But when you are directly confronted by a parent or a group of parents from your team, what do you do? So, I am asking for suggestions and feedback from you, Koach Karl, and your website readers.

Koach Karl: Communication is the Key!

However, communication in the middle of the season is way too late! It would help if you began your season with a ‘Pre-Season Team Picnic.’ Yes, you read that correctly, not a meeting but a ‘Picnic,’ a Potluck Picnic. 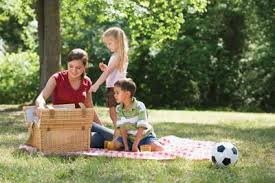 There are too many excuses for missing a meeting as you are undoubtedly aware. However, a picnic changes the environment from a soccer business to family, food, and fun! I would go so far as to suggest that attendance at the picnic be mandatory. You will find a proposed agenda for the picnic in my editorial of this issue. So let us get to your dilemma:

During the picnic, take time to cover rules and regulations for both players and parents. Let the parents know acceptable and unacceptable behavior at both practices and games. Be very clear in your discussion with the parents about what you expect them to do during the game. Here are some suggestions:

You must also be very clear about the consequences of not following these rules. Freely and thoroughly discuss your mutual needs, concerns, and expectations. Make the discussion ‘two-way’, allowing the parents to agree and disagree with your suggested format. However, you must receive a consensus of agreement from the parents that the rules will be enforced by the team manager or you as a last resort.

The most successful approach to handling outraged parents has been the following. Everyone on the team (parents, players, administrators) has agreed that there should be no shouting at the referee, opposing players, coaches, etc., during the game. You, as head coach, must now set the example by never shouting. Have the team manager remind the parents who may be inclined to shout that shouting will not be tolerated during the game.

Should the parent ignore your team manager’s request or warning and continue shouting, take the following action: At the next substitution break, take the parent’s child off the field and explain to the child why he was substituted. In turn, ask the child to explain to his parent why he is not playing. Once the child has convinced the parent and agrees to stop shouting, the child may reenter the game.

Of course, the same action would occur should the parent shout at the referee; that is, to substitute her child off the field. Explain to the child that the referee knows the laws of the game and is doing her best. Now ask the child to explain to her parent why she is not on the field playing!

We know that the worst scenario for any parent is to have their child not playing. And suppose the parent is making life miserable for the child and everyone else at the event. In that case, the best solution is having parent and child communicate in closer proximity so shouting will not be necessary!

Here are some of the benefits of this approach: Child and parent get a chance to talk to each other about a common subject. The child is closer to the parent than any other adult and may have the right words to resolve the situation. The child may communicate through body language that the situation should change. In other words, allow the family to solve its dilemma!

Another reason for the picnic is that it allows you to have the parents experience the trials and tribulations of playing our wonderful game. Once they experience how difficult the game is, they may empathize and be less inclined to become involved verbally.

I suggest having them play the official length of time on the official size field that their child will play. If you know that a particular parent will be a potential shouter, actually shout at him/her during this game. Or have the children become spectators during the picnic game and ask them to yell at their parents during the action. Allow the parents to run a mile in their children’s shoes. Make it a point to sit down immediately after this game and talk about sideline behavior, especially the NO SHOUTING rule for parents!

Make every effort to resolve the situation civilly. However, there will be times when you will have to make the most excruciating step, and that is to ask the child to play for another team. Hopefully, you will never have to face this situation.

I love answering your questions. Do you have a question that you'd like answered on this blog? Ask me here
PrevPreviousAsk Questions
NextTwo Intriguing ExperimentsNext