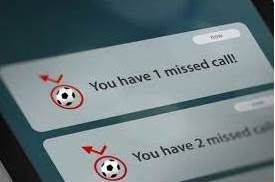 During soccer games, referees make countless decisions and signal correctly.  At times however, officials can be seen pointing in the wrong direction, missing a flag from an assistant, blowing the whistle when it is not needed or showing cards when they could have used an alternate way to handle a situation.

We are all human and are bound to make mistakes but it is how we explain our decisions, how quickly we correct them and how often we make them that determines how effective we are at successfully controlling the games we are asked to orchestrate.

Below are examples of common errors by officials:

Sounding the whistle too quickly before the ball is not entirely out of play, a goal has not been scored or a foul has not been committed.

Some players will stop while others will keep playing so you cannot just say: “Play on!!”  This decision could lead to unfair play for one or both teams.  Even though you may feel embarrassed and may hear comments from players, coaches and spectators your best course of action is to face the fact that you erred, be prepared to show that you realized that you made a mistake and clearly verbalize how you plan to restart play.  Wait for everyone to be in position and ready for play before performing the dropped ball.

A missed flag for any reason is cause for major concern on the part of the center official.  Whether the signal was for a foul, an offside, a substitution or any other reason, the fact that the center official did not notice and/or respond to the flag signal can lead to a loss of game control.

If you are in position to look through play to your assistant most of the time, you will not miss the flag signals.  If, when the flag is raised, you determine that you have a better view of the play, you have the power to overrule the flag signal.

When a flag signal is overruled, it is always a good idea to give the assistant referee a positive signal of thanks and support (often a thumb up) for the helpful cooperation in the matter.

Missed flag signals will often cause frustration and lack of trust on the part of the players, coaches, spectators and the assistant referees.

Wrong direction for a throw-in.

When pointing in the wrong direction for a throw-in it is important that you correct the mistake immediately.  Stop play, point in the right direction and verbalize your decision so that everyone is aware of the change being made in your call.  Make sure that both teams are aware and ready for the correction so that one team does not unfairly gain or lose an advantage because of your mistake.

Catching the mistake prior to the wrong team getting ready to throw the ball in will be easier to sell than if the wrong team has been given time to put the ball into play.  Once you have allowed play to restarted your decision to correct your mistake or let play continue will be much harder to make and to sell to those watching.

Note: the start of the second half is often the time when officials have to concentrate on those calls since the teams have now changed sides and calls can be misdirected.

Calling a foul and awarding the ball to the wrong team by pointing in the wrong direction.

Just like for a throw-in, the mistake must be corrected immediately if not too much play has been allowed to take place.

Once the correct decision has been made the team who was ready to start an attack may be confused and may not be prepared to defend.  The team now with the ball may on the other hand try to cease that opportunity to take a quick free kick in order to catch the opponent off guard.

The defending players may not react too kindly to your mistake if on top of it all you allow the other team the opportunity to capitalize on your mistake and give them an unfair advantage.  Since you created the problem, you must stop play, hold up the kick  and give both teams a chance to reset themselves.

If not properly controlled, an unfair restart will cause players to become angry, retaliatory and you will find yourself having to deal with misconduct and loss of control.