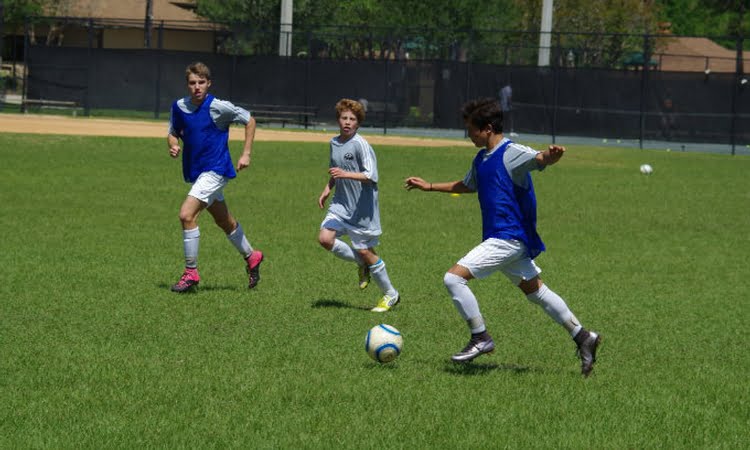 This article by Koach Karl was originally published in the June edition of Sporting Kid Live by the National Alliance for Youth Sports.

Q: What should a soccer coach’s practice philosophy be to make the most of the session?

A: Begin by formulating your own practice philosophy. Although coaching uses various sciences, coaching itself is not a science. We all do it a little differently and no one may dictate to you which philosophy to accept. You must develop your own based on your goals, objectives, personality, previous knowledge, experiences, ongoing growth and involvement in the game. And most important, take into consideration the interest and skill level of your players.

So, to help you formulate your personal practice philosophy, consider starting with the following:

Then, study and apply the following ACTIONS:

Activity! Appropriate soccer activities have to be your main objective when planning and running a practice session. You need to remember that players come to practice to play soccer and not soccer-related games. A flexible practice scheme, such as my ‘9-Step Practice’ fulfills this goal by giving you the luxury to organize: individual 1 vs.1 games), small and large group games, and scrimmages.

Be creative by giving positive points (scores) for everything they do positively (Catch them being a good sport; helpful teammate; trying hard; not arguing; complimenting; smiling; good tackles, good passes, etc.).

Be creative by taking away points (scores) for everything they do negatively. (Catch them at being a poor sport; unhelpful teammate; not trying; arguing; criticizing; frowning; not tackling, random kicking, etc.).

Let everyone, including parents, see the ranking (scores) at the end of each practice. The ranking may become the deciding factor as to who starts the next game. You may want to assign an assistant coach or bothersome parent to be your official score-keeper.

Interest in playing soccer during a particular practice may become a sticking-point. You may be faced with players who are not interested in playing that day and you must adjust accordingly. Give appropriate attention (give or take away points) to/from the disinterested players but not at the expense of the rest of the team. Make the practices so much fun by constantly playing soccer and (giving positive points) that the disinterested player may want to join. Remember that when you are working with your players you must be as helpful, understanding and patient as you are with your own children when they are learning other skills in life.

Organize the practice session in such a manner that it becomes apparent it is a rehearsal for the game day routine. This can only be accomplished through a consistent, sequential routine that allows your players to learn what is expected. It is wise to avoid — variety. If they are introduced to something different at each practice session this will lead to some confusion and confusion can lead to disinterest. It is also important to remember that all games must have a goal to attack and a goal to defend.

No Lines. No Laps. No Lectures! They already know ‘how to’ stand in a line. Running around the field may be considered punishment. You must create a practice environment that minimizes listening/lecture time and maximizes touches with the ball and playing time. Allow them to experiment and fail their way to success as they attack the opponent’s goal while defending their own goal!

Self -Discipline. Teach them the art of self-control. You must realize that today’s bickering could be tomorrow’s backtalk. That today’s pushing and shoving could result in tomorrow’s fight.  That today’s disruptive practice player could become tomorrow’s red-carded game player.

The secret to good practice session discipline is you acting firmly, fairly, consistently and matter of factly when your player’s actions go against their own established rules. Do not allow your players to play in their everyday clothes, street shoes and wear hats, etc. Insist on your players being dressed appropriately like soccer players ready for inspection.

You must correct, mold and perfect players’ actions and reactions in practices – today. Because, the way a player practices today is the way they can be expected to play in the game tomorrow. Your immediate goal is to teach your players how to behave in your practices now. But realize that the long-term goal is to prepare your players for future practices and other coaches.

I love answering your questions. Do you have a question that you'd like answered on this blog? Ask me here
PrevPreviousTHE Root Cause
NextSolutionsNext