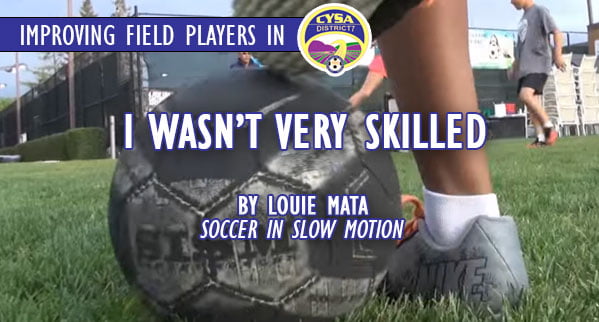 Hello everyone and welcome to this month’s article.

The Halloween season has been packed with pumpkins and little monsters running around and here we are in November!

We come into the end of the year when the season is winding down and teams are looking into off-season options. Many will play the 5v5 game of futsal in the upcoming months as a way to continue working on skills and prepare for the next season. 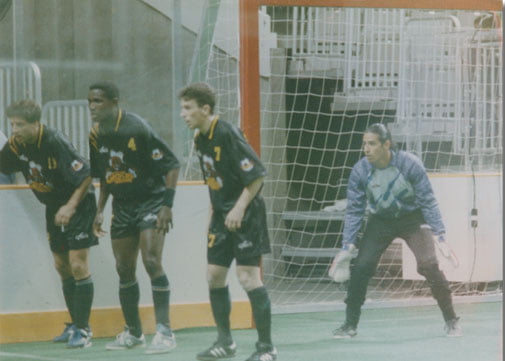 As a U19 player I also played futsal and was fortunate to have had an extremely knowledgeable futsal coach who happened to be the assistant to the men’s national futsal team. We won two national futsal championships and dominated other teams coming in with just soccer tactics. This brings me to other variations of the sport such as indoor soccer, where I had the privilege to play alongside Preki who later went on to play and coach in the MLS. So how did these sports lead back to what I’ve found to be a very inspirational and technical side of the sport we call street soccer?

Here’s what our younger generation is beginning to experience that many of us adults may have missed when it comes to street soccer. Having played all the variations listed above and then having trained in street soccer the past 6 years I can compare my experiences to my former experiences. Let me start by giving a brief background on my starting point. When I was younger and just starting (U10 range) my skills were average and I found myself playing defense, I certainly was not starting in the central mid position. By U10 I began trying the goalkeeper position and attended several camps which gave me my foundation for the position, and as I improved on the field (U14 time frame) my speed and aggressive nature to follow every shot helped me score goals and if I wasn’t in goal I played a good amount of time as a forward. However, by this time my specialty was goalkeeping and I was playing with the Olympic Development program, by 15  I was selected as the goalkeeper for the leg of the European tour that went to Minsk (when it was a part of Russia at the time). So there’s the extremely quick overview, from defender to specializing in goalkeeping. 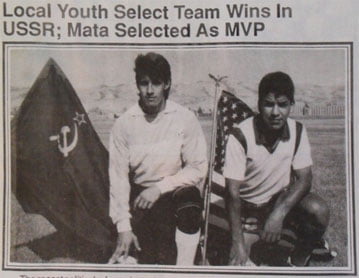 Now, when sharing past stories with your adult friends have you ever heard someone say “I used to be much better skilled when I was younger”? I’ve enjoyed the sport of street soccer for the past several years and what I can tell others is that my skills at 45 years old are significantly better than when I was in my prime and playing professional indoors or traveling around Europe to play. So think about that for a moment… how significant is it that? My confidence with the ball at my feet is significantly higher now because I have lots of options to choose from when it comes to maintaining possession, splitting defenders, etc.  What if more players began to develop their 1v1 and technical skills when they are younger, where might they be by the time they reach 15 years old? How often do you hear players say “I wasn’t very skilled and played defense”, or “I don’t have those skills I’m a goalkeeper”?

I was both of those at some point. Before street soccer I was also the adult whose skills at one time were best when I was in my 20’s, it’s a spot many of you may consider yourselves in now.  As a coach does it seem impossible that you could still improve your skills, and help pass those new skills down to your players and help inspire them? It might at first thought to many, but you’d be wrong…

I see the technical training of 1v1 and street soccer as a world of possibilities opening up for our young generation of upcoming stars. I’ve 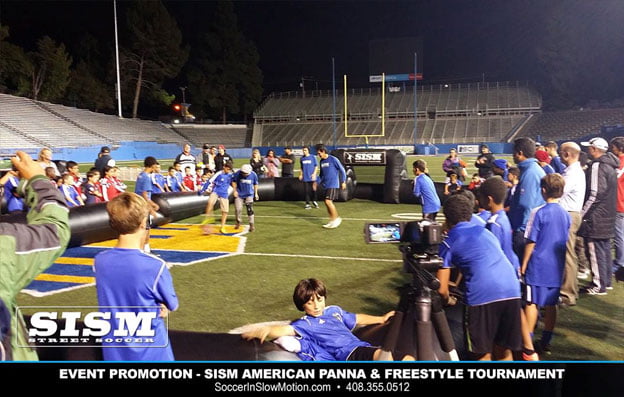 seen it open up new and exciting opportunities for coaches to start to enjoy learning again. Suddenly as a coach you have new skills to show your young team, new ways to beat them and you enjoy the challenge that comes from showing off a new skill! Suddenly they’re trying to beat you with their moves and practices become a fun game of players and coaches trying to pull off a new trick or skill against the other. This goes far beyond telling your players to go home and practice juggling. The skills learned through the advanced ball control training are inspiring, they build confidence, and the learning curve is steep and endlessly challenging for players and coaches of all experience levels.

So be on the lookout for training opportunities and coaching courses in 2019!

Louie and the SISM team