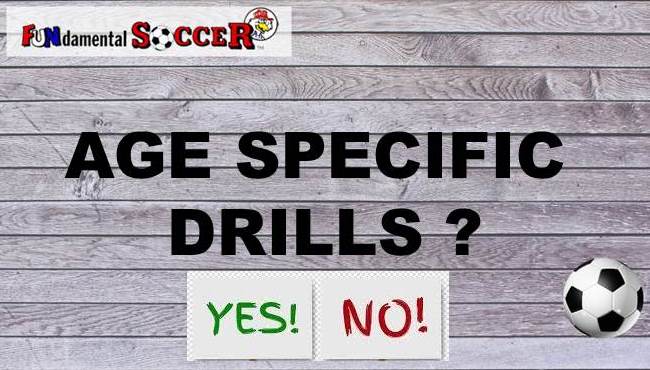 The discussion that will not go away continues. Here is another response to the Quinn/Carr article entitled “Age Specific Drills”:

What the heck was with that article in Soccer Journal? I got the magazine today, and boy did Coach (Karl) Dewazien get those guys mad or what? I must be missing something because I don’t understand their point. Maybe I am wrong, but I don’t think Coach Dewazien ever intended to imply that we run FUNdamental Nine-Step Program identically for each age group. Is that what these guys were thinking?

I said to Coach Dewazien after his tactics book came out that you clearly cannot teach tactics to U-6’s the same as U-12’s. He agreed and explained the subtle differences between age groups. Maybe the guys who wrote that article are too advanced or too far removed from youth soccer to understand.

The importance of Dewazien’s book is that it teaches a typical AYSO volunteer coach how to run a good practice. This assumes the coach has little or know soccer background – which is often still the case today. Coach Dewazien’s simple to teach program illustrates practices that are better than 95 percent of the practices out there. Okay, I’ll agree that Freddy Adu might need advanced practices at age 14 than are found on the FUNdamental DVD, but there are millions of kids out there who have coaches who lecture the kids for 25 percent of practice, have them run laps 25 percent of the time, etc.

A coach who implements the Nine-Step Program will help a child improve his/her skills in a manner in which they will have fun at the same time. If a child has sufficient ability, a child developed in the FUNdamental program will easily transition to a more competitive skill-driven environment. Is this what they argue is bad about the Nine-Step Program?

Let me finish with one example. I used the Nine-Step Program with my boys U-10 team two years ago. I had a boy who was very timid, didn’t like soccer very much, slight of stature but could run reasonably well. By the end of the year he had improved a great deal. Ball skills were better, his feel for the game was better, but, more importantly, he learned to love the game. He really enjoyed practice and games. Now he is on a U-12 select team and is a very good player. He is quick, fast, more aggressive to the ball and has good ball skills. I will argue that in another “skill driven” environment, this child would have quit the game at U-10.

I don’t understand where these guys are coming from.

On top of our already large base of Special Kontributors, we also have Guest Kontributors. We thank all who have taken the time to kontribute to FUNdamentalSoccer.com!
PrevPreviousAddressing the Issue
NextA Team that Talks is a Team that PlaysNext