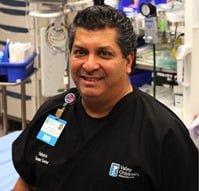 The American Academy of Pediatrics (AAP) whole heartedly supports the idea of our kids being involved in sports. Health benefits for our young athletes are boundless and move them towards positive healthy living in body, mind and spirit. In watching from the sidelines, we parents are expected to show excitement by vocally encouraging our athletes and their teams. But we must keep this enthusiasm in the positive. 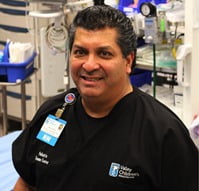 Unfortunately, for some, our gatherings at the pitch, have become opportunities to display not just bad behavior, but also degrading, abusive, and even threatening behaviors. In conversations with multiple coaches, league officials, referees, and parents, as well as witnessing first hand, I’ve come to the conclusion that what simply used to be over-zealous parents has now crossed that line into an assaultive and abusive mentality. We don’t have to let this happen. In fact, we all have a responsibility to curb this type of behavior.

The AAP recognizes a phenomenon known as “over-identification” in some parents. We’ve all seen it, a parent who is certain their child is the sole reason for the existence of the team because he/she is destined to the pro ranks (literally 1:1,000,000 make that level), or their child’s success somehow makes them a better parent or stronger person, or their own underachievement is somehow uplifted by the child’s success. The result is a decrease in sportsmanship both on the field and on the sidelines. Let’s keep sportsmanship alive and well. Parents of young athletes should and must be the good role models that we have a responsibility to be.

So, I offer these suggestions taken from the AAP and other sport experts:

Yell, good and loud! But keep that message on the positive, never ever use that vocal enthusiasm to degrade, intimidate, or ridicule anyone. Instead, show appreciation for the athletes of both teams.

Know the game. Often, it’s the ignorance of the rules of the game which cause a parent to flip out. Knowing the rules and the reasons behind them actually enhance the enjoyment of the sport (don’t spend years trying to figure out what “off-sides” is, for goodness sake ask someone!).

Show respect and support for coaches, the referees, other parents, and most importantly all of the athletes (including those of the opposite team). Let them know you appreciate their great plays and good sportsmanship.

Express appreciation for the referees in particular. They are trying to keep control of the game to prevent injury, provide fairness, and enforce the rules. As humans, they will make mistakes, but let’s not degrade them as persons, rather teach our kids to respect authority.

Let coach be coach. He/she is trying to teach the game. Let them do their job without our interference.

Don’t tolerate bad behavior. When it’s seen, call it out. Sometimes, our silence perpetuates the behavior.

We all love the game, let’s keep our game environment enjoyable for everyone so we can keep on loving it. And as always, play hard, play safe.

On top of our already large base of Special Kontributors, we also have Guest Kontributors. We thank all who have taken the time to kontribute to FUNdamentalSoccer.com!
PrevPreviousRegarding ‘Becoming a Soccer Intellectual’
NextSoccer in Slow MotionNext