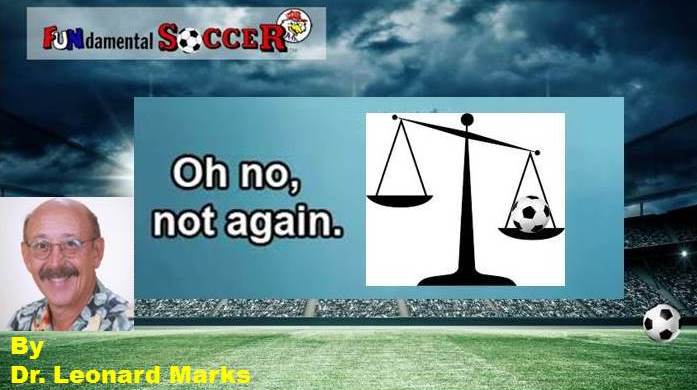 A PRIMER ON HOW NOT TO RUN UP THE SCORE

I really do not know how to begin this article.  I suppose I could start with pithy statements about how demoralizing blowouts can be, but I won’t (of course, I just did).  What is more important is that you, the coach, know how to prevent a blowout with dignity.  In the list below, I will present several techniques that can be used to keep the score down.

While many are obvious, some can backfire by having the players yell obvious instructions at each other (i.e., “don’t shoot”).  When we control the offense in such a manner to curtail scoring, it is critical that it be done secretly.  The other players must not be aware of what you are doing.  The purpose of the preventative action is not to prevent a tournament or league director from coming down on you for a ridiculous point differential but to preserve the dignity of the players on both teams and ensure their love of the game.

The first and obvious technique to keeping the score down is to play your subs; however, I firmly believe that all youth players must play half the game, and that includes my studs.  If we have an early lead, I switch offense and defense with instructions for the new defenders not to cross the midfield.  The problem with using this technique on my teams has been that my defense usually consists of my stronger players, and they have the capability of scoring.  I always expect my players to go all out and will never tell a player not to try.

The next technique is only to permit a certain number of players to cross the midfield line and/or prevent any player from going in the box.  This latter technique is a little too sophisticated for younger age groups.  If a player violates this rule, I do not yell to remind him; I sub.  While the losing team might notice the lack of attack, I do not want them to hear me yell it.

Some coaches inform their players not to shoot.  I don’t like this for two reasons:

I have seen teams play “no shots unless there are X number of passes.” I don’t like it – the kids invariably count the number of passes out loud, and after the hit, X yell, “Now We Can Shoot.” Again, this is demeaning.  I have also seen teams play possession and have had a team do this against me.  I hated it and felt degraded – I rather they scored.  I felt they were laughing in my face.

Other times coaches have indicated that only one certain player can shoot.  This works, but it is artificial.  If a person has the ball and an open shot, I want the attacker to shoot.

My favorite technique for keeping the score down is playing one or two-touch in the opponent’s half of the field.  This is easy to adapt since many of my practices are one or two touches.  If a player violates the rule, I sub him – I do not keep loudly reminding my players “two-touch” during the game.  I like this since it is still the game of soccer; my kids are trying hard and working the ball.  It helps them get better, and it is still fun (but perhaps frustrating for the guy who ignores the rule and is subbed).

Other techniques include only permitting header scores, on a cross, from a wall pass, etc.  These techniques are more sophisticated, but I have used them with success at the high school level.  Younger kids forget.

Before closing, I want to emphasize one point:  I never yell reminders to the players to follow my constructs.  My players learn in practices that I am tough.  In practice games, when I play two-touch, and a player exceeds this, I give him a 30 second time out (which they hate).  They learn to follow instructions with a minimal amount of nagging.  In blowout situations, I have rarely had to sub for “over touching,” and this includes U-10s.

Finally, I would like to add that the score will continue to build up sometimes despite your best efforts.  If that is the case, I am very fatalistic – I have sincerely tried, and c’est la vie.

Overall the concept of preventing a blowout is an interesting one and one that I believe in.  I guess it goes to your philosophy of the game.  I try to imbue my kids with a sense of sportsmanship and use these situations as an educational tool to teach my kids about life.  Maybe it is a form of charity, but it is charity with dignity, and when done well, both teams feel good about themselves and want to come back to play another day.

Dr. Leonard Marks is a specialist in Pediatrics and a Fellow at the American Academy of Pediatrics - Sutter North Medical Foundation. He coached the Marysville High School Varsity Soccer team for 21 seasons and was named the Sacramento-San Joaquin Section Model Coach of the Year in 2010.
PrevPreviousEncouraging “Play” in Youth Athletes
NextTips on How to Avoid Practice TensionNext